What is Peter Gallagher's Net Worth and Salary?

Peter Gallagher is an American actor who has a net worth of $12 million. Peter Gallagher is probably most famous his legendary eyebrows, but he's way more than just a pair of eyebrows – he's worked steadily as an actor on stage and on TV and in movies since 1980.

His big screen debut that year was in the movie The Idolmaker. From there, he got his first seriously acclaimed role in Steven Soderbergh's breakout indie hit "sex, lies, and videotape." Three years later, in 1992, he appeared in Robert Altman's "The Player," putting his smarmy charm to work as Tim Robbins' professional rival. He continued to work in big movies throughout the 90s and 00s in such movies as "Mr. Deeds," "American Beauty," and "While You Were Sleeping."

One of his most famous roles to date is that of Sandy Cohen, public defender on the popular FOX drama "The OC."

He is also known for his roles on several other popular series, including "Californication," "Covert Affairs," "Law & Order: Special Victims Unit," "Grace and Frankie," and "Zoey's Extraordinary Playlist."

Gallagher has also been in numerous films, such as "Summer Lovers," "The Player," "The Underneath," "American Beauty," and "Burlesque."

In an inspiring case of life imitating art, Gallagher continues to host The Sandys, an annual award ceremony which offers a law scholarship to a UC Berkeley student who wishes to be a public defender.

Peter Gallagher was born on August 19, 1955 in New York City as the youngest of three children of advertising executive Thomas Jr. and bacteriologist Mary Ann. He was raised in the town of North Castle in Westchester County, New York. For his higher education, Gallagher went to Tufts University in Massachusetts, where he appeared in numerous stage productions and sang with the men's a cappella group the Beelzebubs. He later studied acting at the William Esper Studio in New York.

Gallagher first acted on television in 1979 on the soap opera "Guiding Light." The next year, he had his first main role on the short-lived NBC series "Skag." Gallagher subsequently appeared in episodes of "American Playhouse" and "Private Eye." In 1988, he had a supporting role in the two-part miniseries "The Murder of Mary Phagan." He went on to appear in some episodes of the anthology series "Fallen Angels," and to star in the two-part CBS miniseries "Titanic." In 1998, Gallagher had a main role on the short-lived ABC sitcom "The Secret Lives of Men"; the same year, he starred in the television films "Brave New World" and "Virtual Obsession." He starred in two more television films in 2000: "The Last Debate" and "Cupid & Cate."

In 2003, Gallagher began his biggest television role yet on the Fox teen drama series "The O.C.," playing Jewish corporate lawyer and public defender Sandy Cohen. The show ran for four seasons through 2007. Gallagher subsequently played the recurring role of Dean Stacey Koons in the third season of "Californication." After that, he had another recurring role on "Rescue Me," playing Father Phil Bingham. Gallagher's next major role came on the action series "Covert Affairs" in 2010. Beginning in a recurring role in season one, he became a main cast member for the show's remaining four seasons. While still on the show, Gallagher made appearances on such series as "Whitney," "How I Met Your Mother," and "The Good Wife." From 2015 to 2016, he had a recurring role on the series "Togetherness." Other recurring roles have been on "New Girl," "Law & Order: Special Victims Unit," "Grace and Frankie," "The Gifted," and "Grey's Anatomy." Gallagher also had a main role on the NBC series "Zoey's Extraordinary Playlist." 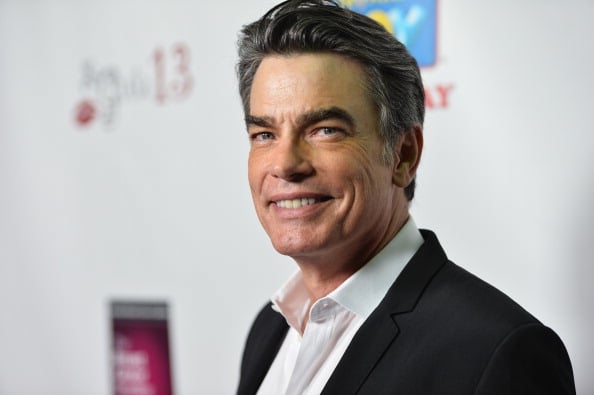 Gallagher made his feature film debut in Taylor Hackford's 1980 musical drama "The Idolmaker." Two years after that, he starred in the romantic comedy "Summer Lovers." Gallagher's other credits in the 80s are "Dreamchild," "My Little Girl," "High Spirits," and Steven Soderbergh's Palme d'Or-winning film "sex, lies, and videotape." In the early 90s, Gallagher appeared in such films as "Tune in Tomorrow," "Milena," "The Cabinet of Dr. Ramirez," "Late for Dinner," "Bob Roberts," "Malice," and "Watch It." He was also in two acclaimed Robert Altman films: "The Player" and "Short Cuts." Gallagher continued to be prolific throughout the remainder of the decade, with roles in "The Hudsucker Proxy"; "Mrs. Parker and the Vicious Circle"; "Mother's Boys"; "The Underneath"; "While You Were Sleeping"; "Cafe Society"; "To Gillian on Her 37th Birthday"; "Path to Paradise"; "Johnny Skidmarks"; "House on Haunted Hill"; and "American Beauty," among other titles.

Kicking off the new millennium, Gallagher was in "Center Stage," "Other Voices," "Perfume," and "Protection." In 2002, he played a media executive in the Adam Sandler comedy "Mr. Deeds." Gallagher didn't return to the big screen until 2009, when he appeared in the romantic dramedy "Adam" and the independent drama "The War Boys." The following year, he had supporting roles in the biographical legal drama "Conviction" and the musical "Burlesque." Gallagher's subsequent credits have included "Someday This Pain Will Be Useful to You"; "Step Up Revolution"; "Hello, My Name is Doris"; "Literally, Right Before Aaron"; "After"; and "Palm Springs."

Gallagher began acting on stage before moving to the screen; he first appeared in a 1977 production of the musical "Hair." The year after that, he starred as Danny Zuko in a production of the musical "Grease." In the early 80s, Gallagher appeared in "A Doll's Life," "The Corn is Green," and "Another Country," and acted alongside Glenn Close in "The Real Thing." Subsequently, he played Fitzwilliam Darcy in "Pride and Prejudice" and Edmund Tyrone in "Long Day's Journey into Night." For the latter, Gallagher earned a Tony Award nomination for Best Featured Actor in a Play.

In 1992, Gallagher won rave reviews for his performance as Sky Masterson in the Broadway revival of "Guys and Dolls." Three years later, he starred in "Pal Joey." Gallagher returned to the stage in 2001 to play Lloyd Dallas in "Noises Off." His other stage credits have included "The Country Girl" and "On the Twentieth Century."

Gallagher married his wife Paula Harwood in 1983. The couple has a son named James and a daughter named Kathryn. An actress and singer, Kathryn received high acclaim for her performance in the Broadway musical "Jagged Little Pill."

In 2007 Peter and Paula paid $3 million for a 5,225 square-foot home in LA's Brentwood neighborhood. They have listed this home for sale a number of times over the years including in 2011 for $4.1 million and 2016 for $5.25 million. As of this writing they continue to own the place.

They have also long-maintained a unit in a co-op Upper West Side building located at 171 West 71st Street. 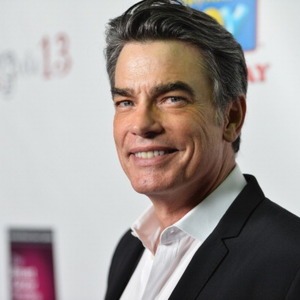