Peter Facinelli net worth: Peter Facinelli is an actor and producer who has a net worth of $10 million dollars. Peter Facinelli was born in November of 1973 and is best known for his work on TV and films. In 2002 he made a name for himself when he stared in the Fox series, Fastlane.

Facinelli also played Dr. Carlisle Cullen in the Twilight Film series, which became a widespread hit, especially among teens and young adults. Additionally, he appeared in the movie, Can't Hardly Wait. He also still currently works as Dr. Fitch "Coop" Cooper in the cult classic, Nurse Jackie. Facinelli is originally from Queens, New York, and is the son of two Italian immigrants. After studying acting at New York University, he began taking on various acting roles in both film and television. He met his future wife, Jennie Garth, on the set of An Unfinished Affair, in which they both starred, in 1995. Six years later the couple were married in a traditional Roman Catholic wedding in January of 2011. Together, they have three daughters, Luca Bella, who was born in 1997, Lola Ray, who was born in 2002, and Fiona Eve, who was born in 2006. The couple was later divorced in June of 2013. 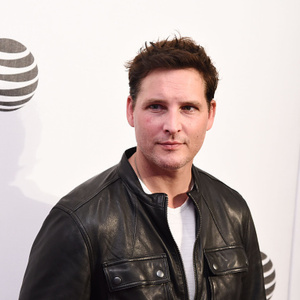