Peter Dinklage Net Worth and Salary: Peter Dinklage is an American actor who has a net worth of $25 million. He is most famous for his portrayal of the character Tyrion Lannister on the HBO show "Game of Thrones".

Early Life: Peter Hayden Dinklage was born on June 11, 1969, in Morristown, New Jersey. His father, John Carl Dinklage, worked as an insurance salesman, and his mother, Diane Dinklage, was an elementary-school music teacher. He has a form of dwarfism called achondroplasia, and as a result at his full adult height stands just 4 feet 5 inches (135 cm) tall. He has described being angry and bitter about his condition as a child.

He grew up in Mendham Township, New Jersey, along with his older brother, Jonathan, who is now a professional violinist. Dinklage's first foray into theater came in fifth-grade, when he played the lead in a production of "The Velveteen Rabbit". He attended Delbarton School, which is a Catholic private school for boys. He credits a 1984 production of the play "True West" with inspiring him to pursue an acting career. He continued his education at Bennington College, where he graduated in 1991 with a drama degree. He then moved to New York City, and tried to build a theater company with his friend Ian Bell. However, they struggled to make ends meet and pay rent. Subsequently, Dinklage then worked for six years at a data processing company before taking the plunge to pursue acting full-time.

Career: Early in his acting career, Dinklage refused to accept "typical" roles for actors with dwarfism, like "elves for leprechauns". As a result, he often struggled to find work. While he had only a small part, Dinklage made an impressive debut in the 1995 parody of the independent film world, "Living in Oblivion", playing a dwarf hired for a dream sequence who goes off on the film's director, Steve Buscemi. The following year, he landed a role in an off-Broadway play, "The Killing Act", in which he played an over-the-top Tom Thumb. Next was his breakout role in the comedy-drama film "The Station Agent" (2003). He has gone on to appear in films like "Elf" (2003), "Lassie" (2005), "Find Me Guilty" (2006), "Underdog" (2007), "Death at a Funeral" (2007), "Penelope" (2008), "The Chronicles of Narnia: Prince Caspian" (2008), "X-Men: Days of Future Past" (2014), "Pixels" (2015), "Three Billboards Outside Ebbing, Missouri" (2017), "I Think We're Alone Now" (2018), and the Marvel film "Avengers: Infinity War" (2018). He has also appeared in several stage productions, including an Off-Broadway production of "Richard III" (2003). In 2012, he ventured into the world of voice acting when he voiced the role of Captain Gutt in the animated film "Ice Age: Continental Drift" (2012). He has since gone on to provide his voice as The Mighty Eagle in "The Angry Birds Movie" (2016), as well as the voice of Tyrion Lannister in the video game "Game of Thrones: A Telltale Games Series" in 2015. 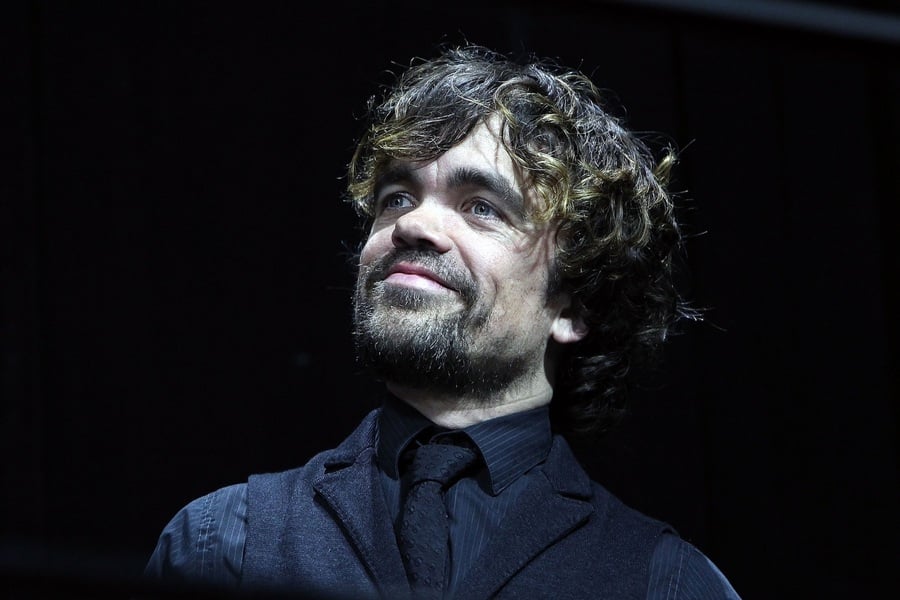 In 2016, Dinklage founded Estuary Films, a joint-venture production company, with his partner David Ginsburg. "I Think We're Alone Now" is actually the first film to be produced under the company, and Dinklage not only starred in it, but he produced it as well. In addition to his film roles, Dinklage has found much success in television thanks to his role as Tyrion Lannister in the HBO fantasy drama "Game of Thrones", which is based on the "A Song of Ice and Fire" book series by George R. R. Martin. Dinklage appeared in all eight seasons of the series, from 2011 to 2019. He was actually the first actor to be cast on the series, way back in May 2009, by showrunners David Benioff and D. B. Weiss.

Dinklage was widely praised for his work on "Game of Thrones", and has won many awards for his performance, including four Emmy Awards for Outstanding Supporting Actor in a Dramas Series, and a Golden Globe Award for Best Supporting Actor. Additionally, he has been nominated for the Critics' Choice Television Award for Best Supporting Actor three times, and was nominated for the Screen Actors Guild award for Outstanding Performance by a Male Actor five different times (every year from 2013 to 2017). As of 2018, Dinklage has received 58 different award nominations, and out of those he has won 12 awards.

Personal Life: Dinklage married theater director Erica Schmidt in 2005. They have two children. The couple are notoriously private about their children, and have only revealed that their first child is a girl. There is no information on the gender of their second child, and both children's names have not been released publicly. He has been a dedicated vegetarian since he was 16 years old, and has supported PETA in a number of their campaigns, including the advocacy film "Face your Food" from PETA promoting a vegan diet.

Game of Thrones Salary: For the final two seasons of Game of Thrones, 14 episodes that aired between July 2017 and May 2019, Peter Dinklage's salary episode was $1.1 million. That works out to $14.3 million for those two seasons. That per episode salary is currently the sixth highest amount any actor has ever earned on TV show. For the 20 episodes he shot for seasons 5 and 6, he earned $500,000 per episode, $10 million total. Peter's total earnings from Game of Thrones likely tops $30 million. 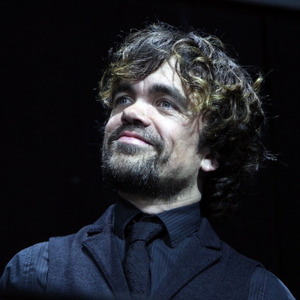