Peter Dickson Net Worth and salary: Peter Dickson is a Northern Irish television announcer, radio presenter, and voice-over artist who has a net worth of $3 million. Peter Dickson was born in Belfast, Northern Ireland, United Kingdom in June 1957. He attended Belfast Royal Academy and graduated from Queens University.

Dickson was a reporter and journalist at the BBC. He worked at the presentation department at Radio Ulster and was a newsreader and music presenter at BBC Radio 2. Dickson has appeared in the TV series Harry Enfield and Chums, Hedz, Teethgrinder, No Signal, and Britain's Got More Talent. He has also been an announcer or voice actor on the TV series Soapstar Superstar, Gameshow Marathon, Brainiac: Science Abuse, The New Paul O'Grady Show, Hole in the Wall, Celebrity Ding Dong, TV Burp, All Star Mr. & Mrs., The 5 O'Clock Show, Michael McIntyre's Comedy Roadshow, Chris Moyles Quiz Night, Loose Women, Britain's Got Talent, Britain's Got More Talent, Live at the Apollo, All Star Family Fortunes, Edinburgh Comedy Fest Live, and The X Factor. 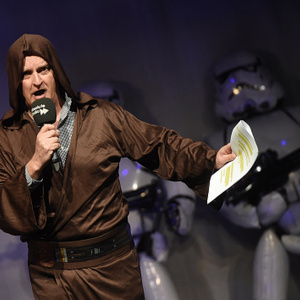