What is Peter Capaldi's Net Worth and Salary?

Peter Capaldi is a Scottish actor, writer, musician and film director who has a net worth of $10 million. Peter Capaldi is best known for his roles as Malcolm Tucker on the BBC series "The Thick of It" and the 12th incarnation of the Doctor on "Doctor Who." He also played Tucker in the 2009 film "In the Loop," a spinoff of "The Thick of It." Behind the camera, Capaldi wrote and directed the Academy Award-winning short film "Franz Kafka's It's a Wonderful Life," and wrote and directed the feature-length film "Strictly Sinatra."

Peter Capaldi was born on April 14, 1958 in Glasgow, Scotland to Gerald and Nancy, who operated an ice cream business. As a youth, he went to St. Teresa's Primary School, St. Matthew's Primary School, and St. Ninian's High School. For his higher education, Capaldi attended the Glasgow School of Art. During this time, he was the lead singer and guitarist of the punk rock band the Dreamboys; the band's drummer was fellow future actor Craig Ferguson.

Capaldi began his acting career on the stage in a 1974 production of "An Inspector Calls" at Fort Theatre. Later, in 1983, he portrayed John Lennon in "John, Paul, George, Ringo and Bert" at the Young Vic. The same year, Capaldi was in productions of "Twelfth Night," "The Duenna," "Othello," and "Doom Doom Doom." His subsequent stage credits were "Blood Brothers," "Dracula," and "Songs for Stray Cats and Other Living Creatures." Later, with Craig Ferguson, Capaldi performed in a cabaret act known as Bing & Dean Hitler. He also did musical comedy cabaret, playing such characters as bank clerk Gavin Meekie and televangelist Tom.

Capaldi first appeared on television in a 1984 episode of the ITV series "Crown Court." The following year, he appeared in episodes of "Minder" and "Travelling Man," and was in the television films "The Personal Touch" and "John and Yoko: A Love Story." Capaldi's credits in the latter half of the 80s include further television films such as "The Story of a Recluse" and "Dream Baby," as well as episodes of such series as "C.A.T.S. Eyes," "Shadow of the Noose," and "Dramarama." In the early 90s, Capaldi made appearances on "The Ruth Rendell Mysteries," "Agatha Christie's Poirot," "Screen Two," "Stay Lucky," and "Prime Suspect," among other British shows. He was also in the miniseries "Selling Hitler" and "The Secret Agent," and had his first leading television role in the series "Mr. Wakefield's Crusade." From 1994 to 1995, Capaldi appeared on the sketch comedy series "The All New Alexei Sayle Show." During this time, he also made appearances on the detective series "Chandler & Co" and the sitcom "The Vicar of Dibley."

In the latter half of the 90s, Capaldi appeared in episodes of "Delta Wave," "Psychos," and "Bookmark," and was in the television films "The Treasure Seekers," "Giving Tongue," and "The Greatest Store in the World." He had one of his most memorable parts in the Neil Gaiman urban fantasy series "Neverwhere," playing the Angel Islington. Capaldi also narrated multiple episodes of the documentary series "Horizon." 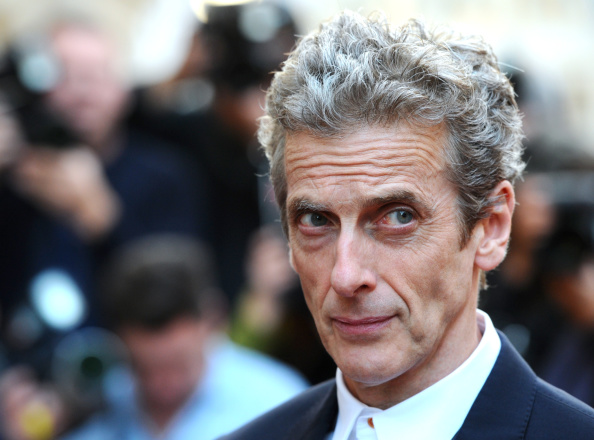 Capaldi began the 2000s with appearances in the television film "Hotel!" and in an episode of "High Stakes." He went on to appear in episodes of a number of shows, including "In Deep," "Fortysomething," "Judge John Deed," "Sea of Souls," "My Family," "Foyle's War," "Peep Show," and "The Afternoon Play." In 2005, Capaldi debuted one of his most famous roles: spin doctor Malcolm Tucker on the satirical comedy series "The Thick of It." During his time on the show through 2012, he received numerous award nominations and wins for his work. Meanwhile, he made appearances on such series as "Donovan," "Midsomer Murders," "Waking the Dead," "Skins," and "Torchwood." From 2009 to 2010, Capaldi played Dr. Peter Healey on the sitcom "Getting On"; he also directed the first two seasons of the show. His notable credits following this included the series "The Nativity," "The Field of Blood," and "The Hour."

In 2013, Capaldi became the 12th Doctor on the long-running science-fiction series "Doctor Who." He remained in the role for three seasons through 2017, with his last episode being that year's Christmas special. While on the show, Capaldi appeared on "The Musketeers," "Shetland," and "Class," reprising his role as the 12th Doctor on the lattermost program. His subsequent television credits have included the 2018 CGI adaptation of "Watership Down" and the thriller series "The Devil's Hour."

On the big screen, Capaldi made his debut in the 1983 Scottish dramedy film "Local Hero." Over the ensuing years, he had roles in "Turtle Diary," "The Lair of the White Worm," "Dangerous Liaisons," and "December Bride." Capaldi made his debut as a screenwriter in 1993 with "Soft Top Hard Shoulder." The same year, he wrote and directed the short film "Franz Kafka's It's a Wonderful Life," for which he won an Academy Award. Capaldi next appeared as an actor in "Captives," "Smilla's Sense of Snow," "Bean," "Shooting Fish," and "What Rats Won't Do."

Capaldi made his feature-length film directorial debut in 2001 with "Strictly Sinatra," which he also wrote. He went on to act in "Mrs. Caldicot's Cabbage War," "Max," "House of 9," "Niceland," "Modigliani," "Wild Country," "The Best Man," and "Magicians," among other titles. In 2009, Capaldi reprised his role as Malcolm Tucker in Armando Iannucci's "In the Loop," a spinoff of "The Thick of It." Subsequently, he was in "Big Fat Gypsy Gangster," "World War Z," "The Fifth Estate," "Paddington," "Paddington 2," "The Personal History of David Copperfield," "The Suicide Squad," and "Benediction." Capaldi also voiced Rabbit in 2018's "Christopher Robin."

In 1991, Capaldi wed actress and writer Elaine Collins; together, they have a daughter, and reside in the Muswell Hill district of London. 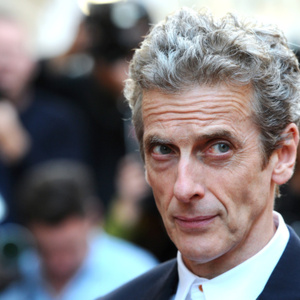