Peter Boyle net worth and salary: Peter Boyle was an American actor who had a net worth of $8 million dollars at the time of his death in 2006. Peter Boyle was born in Norristown, Pennsylvania, and went on to graduate from La Salle University. He was originally focused on a career in the church and spent three years as a novice in the Institute of the Brothers of the Christian Schools, but ultimately chose to shift his focus. He joined the United States Navy, but had a nervous breakdown, and returned to civilian life. He began his acting career in New York, and then went on to study with Second City Improv in Chicago. He began to gain wider recognition after his critically acclaimed performance in "Joe" in 1970. From there, he went on to appear in such film and television projects as "Ghost in the Noonday Sun", "Young Frankenstein", "Taxi Driver", "Tail Gunner Joe", "In God We Tru$t", "Midnight Caller", "NYPD Blue", "The Dream Team", "The X-Files", "Malcolm X", and "Monster's Ball". He is most widely recognized for his co-starring role on "Everybody Loves Raymond". He was nominated for ten Emmy Awards and won one. He passed away in 2006. 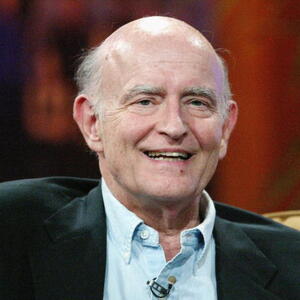