What is Peter Billingsley's net worth and salary?

Peter Billingsley is an American actor, director, and producer who has a net worth of $12 million. Peter Billingsley is probably most famous for playing the role of Ralphie in the 1983 movie "A Christmas Story". As an adult he has carved out a fairly successful career as a film and television producer.

Peter Billingsley was born on April 16, 1971 in New York, New York. His father worked in finance and his mother helped the kids with their budding show business careers. Peter was one of five children. His older sister Melissa Michaelsen and older brother Neil Billingsley had moderate success on TV and in commercials.

Peter was an infant when he began appearing in television commercials. He would eventually go on to appear in hundreds of commercials. Peter received his early education from a variety of tutors (including studio teacher Wesley Staples), he also attended public schools and private institutions like the Phoenix Country Day School in Paradise Valley, Arizona and the Professional Children's School in New York City.

His first major acting role was in a Geritol commercial with Betty Buckley when he was only two years old. From there he went on to star in over 120 television ads in the 1970s and the early 1980s. Out of all the commercials in which he appeared, Peter is probably most-remembered for playing the popular character "Messy Marvin" in a series of commercials for Hershey's chocolate syrup.

In 1983 he played the role of "Ralphie" in the film that would make Peter famous forever, "A Christmas Story". The movie wasn't a major hit at first but over the decades gained a fallowing and is now frequently played 24-hours a day on a several channels around the holidays. Decades later Peter would reveal that he too can not avoid the movie at Christmas and enjoys watching bits and pieces when it's on in the background.

In a 2018 interview with PageSix, Peter declined to say how much he earns in royalties today from "A Christmas Story", but he did tell the paper:

"Contracts that included royalty compensation weren't really a thing because no one knew movies would be aired on television as much as they are. It's sort of an unfortunate thing, but hopefully SAG (the Screen Actors Guild) is working on that to try to come something a little more fair so actors feel compensated for something that's exposed so much. It does feel like the scale has tipped for a film like that to air so many times without really any compensation for the people that were in it."

We do have a little bit of insight into the royalties generated by "A Christmas Story" thanks to Peter's co-star Zack Ward. Zack, who played bully Scut Farkus, revealed that he does still get royalty checks, but the amount he makes from the movie isn't anything to write home about:

"You're going to be so disappointed. It's basically about $1,800 every two years. And it comes in Canadian money because we shot in Canada."

In the early 1980s, Peter was appointed by Nancy Reagan to be a child ambassador to NASA's space program. Around this time Christa McAuliffe was chosen from thousands of candidates to fly on the Challenger space shuttle as part of NASA's fateful "Teacher in Space Project".

Peter has indicated, somewhat ominously, that he was told by NASA officials that he would be the first child in space upon the successful return of Christa McAuliffe's Challenger mission. 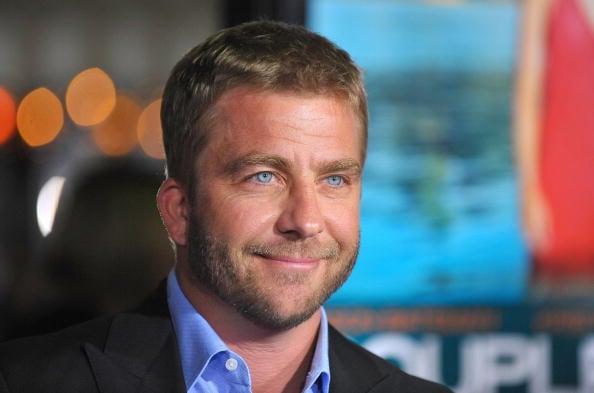 Peter's acting career cooled somewhat in the late 1980s and 1990s. He made a handful of guest-appearances and appeared in some small parts. In the 1990s he appeared as a jock who gets hooked on steroids in a CBS Schoolbreak Special called "The Fourth Man". Through this project he became good friends with his co-star, Vince Vaughn. Through Vaughn, Peter became good friends with actor/producer/director Jon Favreau. These two connections would later prove very valuable.

Peter's appearance in the 1994 Schoolbreak Special "The Writing on the Wall" earned him an Emmy nomination.

In 2001 Peter earned another Emmy nomination, this time as a producer, for the series "Dinner for Five", which featured Jon Favreau hosting a various guests for dinner.

In 2003 he had a small part in the Favreau-directed Christmas movie "Elf".

In 2005 he produced the Favreau-directed "Zathura: A Space Adventure".

In 2006 he produced the Vince Vaughn movie "The Break-Up".

In 2008 he produced the Favreau-directed first-installment of "Iron Man". He also had an acting role in the film as the scientist William Ginter Riva, a role he reprised in 2019 "Spider-Man: Far From Home".

In 2009 Peter made his directing debut with "Couples Retreart" which starred Vince Vaughn annnd… you guessed it… Jon Favreau (among others).

Between 2012 and 2014 Peter Executive Producer, wrote and directed the TBS series "Sullivan & Son".

Since 2015 he has served as an Executive Producer on the Bill Burr Netflix animated series "F Is for Family". 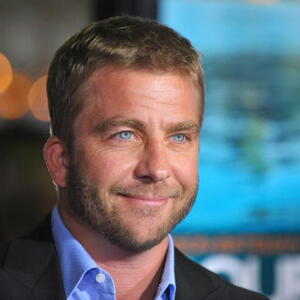