Peter Bergman Net Worth: Peter Bergman is an American soap opera actor who has a net worth of $10 million. Born Peter Michael Bergman on June 11, 1953, in Guantanamo Bay, Cuba, he is best remembered for his depiction of Dr. Cliff Warner on All My Children (1979-1989), as well as Jack Abbott on The Young and the Restless (since 1989).

Raised by a US Navy officer, he and his three siblings were mainly left on their own while being shuttled around America during their childhood. This experience taught him how to make friends easily, but left him with a distaste for military life. Drawn to the theater, he attended the American Academy of Dramatic Arts in Manhattan, but in order to afford his studies he worked in construction for a year. Initially, he made off-Broadway appearances and helped to found the theater company called New York Acting Unit. Bergman's small screen debut with a 1976 guest turn in a two-part episode of the CBS prime-time series "Kojak. As for his real breakthrough, it happened in 1979 when he joined "All My Children. Only a year later, he was voted "Most Promising Newcomer" by Soap Opera Digest magazine that brought him an enormous fame and following in the early 1980s. In 1983, the actor got his first Daytime Emmy nomination. By the end of the decade, Bergman took the role of ruthless businessman and lady-killer Jack Abbott. As the years passed, he has made the character his own, thus receiving 13 straight Best Actor Daytime Emmy nominations for his work on the soap (as of 2002), taking home the statue in 1991 and 1992. Meanwhile, he made a handful of other TV appearances including on "Almost Partners" (PBS, 1987), "Money, Power, Murder" (CBS, 1989) and "Palomino" (NBC, 1991). 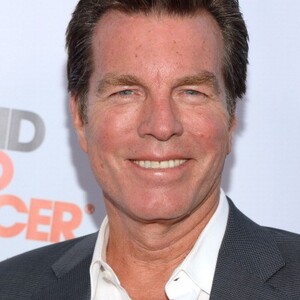