Peta Wilson Net Worth: Peta Wilson is an Australian actress and model who has a net worth of $10 million dollars. Born in 1970 in Sydney, New South Wales, Australia, Peta Wilson began her career in the entertainment industry as a model. She worked in her native country and Europe before coming to Los Angeles to pursue show business and to study at the Actors Circle Theatre.

Wilson landed several small parts before auditioning for the new TV series "La Femme Nikita" days before she was set to leave town. She landed the part as the starring actress. "La Femme Nikita" aired 96 episodes over five years and five seasons. She earned two Gemini Award nods for Best Performance by an Actress in a Continuing Leading Dramatic Role. Soon after the show's end, Wilson appeared in "The League of Extraordinary Gentlemen", "Joe and Max", "Superman Returns", "Malibu Shark Attack", "CSI: Miami", and "Liberator". She debuted her lingerie line, Wylie Wilson, in 2013 in Los Angeles. She battled anorexia as a teenager and now is a yoga and alternative medicine enthusiast. She frequently scuba dives, swims, paints, and plays cricket. She and her former long-time boyfriend, actor Damian Harris, had one son together during their relationship. He was born in 2002. 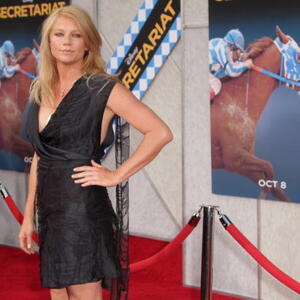