Persia White Net Worth: Persia White is an American actress and musician who has a net worth of $700 thousand dollars. Persia White was born in Miami, Florida in October 1972. She is best known for playing the role of Lynn Searcy on the TV series Girlfriends. Persia spent her early years in the Bahamas.

She joined the Miami Coconut Grove Children's Theater. White studied acting, singing, dance, and painting. She signed with the Ford Agency and moved to Los Angeles, California to pursue her acting career. Her first roles came uncredited in the movies Last Action Hero in 1993 and Blue Chips in 1994. From 1997 to 1998 she starred as Denise Williams in the television series Breaker High. From 2000 to 2008 her best known role came as Lynn Searcy in the TV series Girlfriends. From 2012 to 2013 White starred as Abby Bennett Wilson in the series The Vampire Diaries. She has also starred in the films Blood Dolls, Red Letters, Earthlings, Everyday Joe, Spoken Word, Mafia, Dysfunctional Friends, The Marriage Chronicles, Guardian of Eden, Black November, No Mo Games, and Unity. White won the Grand Jury Prize for Best Actor at the American Black Film Festival in 2011. Persia is a member of the industrial rock band XEO3 and her debut album Mecca was released in 2009. 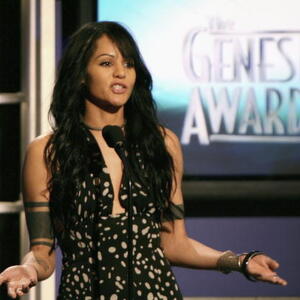