Perrey Reeves net worth: Perrey Reeves is an American actress who has a net worth of $4 million. Perrey Reeves is probably best known for her appearances on the TV show Entourage and the movie Old School. Perrey is the daughter of academics who purposely did not on a television. Instead, they encouraged Reeves and her siblings to use books as their source of entertainment and imagination. In college, Reeves became very interested studying Drama and eventually chose to pursue a career in acting. One of Reeves earliest television appearance was the much-loved 90's shows 21st Jump Street. She went on to make guest appearances in series including The X-Files, Doogie Howser and the short-lived Lyon's Den.

Reeves is also a hit with the big screen. She starred in the modern classic horror, Child's Play, Old School, starring Will Ferrell and Mr and Mrs Smith, starring the golden couple Brad Pitt and Angelina Jolie. Reeves also appeared in the 2006 comedy film, American Dreamz. On Entourage she played the role of the long-suffering wife of super agent Ari Gold. In 2012 she appeared in the cop drama TV series, NCIS, portraying Tony DiNozzo's ex-finance Wendy, an investigate reporter who would go any lengths to scoop a story. Prior to Entourage, Reeves had respectable roles in Rules of Engagement and Grey's Anatomy. Away from acting, the talented beauty is a true humanitarian, as she passionately devotes her time to the International Fund for Animal Welfare. In her free time, Reeves takes time out for yoga and meditation – a routine she's been practicing for a decade. 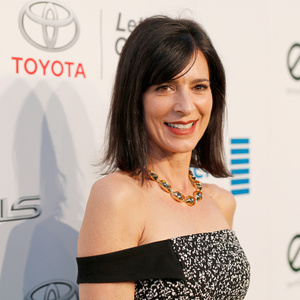