Percy Daggs III Net Worth: Percy Daggs III is an American actor who has a net worth of $800 thousand. Percy Daggs III was born in Long Beach, California in July 1982. He is best known for his role as Wallace Fennell in the TV series Victoria Mars. Daggs has starred in TV commercials for Orbit Gum and Hot Pockets. His debut television roles came in the series Any Day Now and To Have & to Hold in 1998. Daggs starred as Wallace Fennel in Veronica Mars from 2004 to 2007. He starred in the movie Blue Hill Avenue in 2001. In 2008 he starred in the film American Son and in 2012 in the movie In the Hive. Daggs reprised the role of Fennel in the 2014 movie Veronica Mars. In 2014 he also starred in the films Q and Murder101. Daggs has also appeared in episodes of the TV series Freaks and Geeks, The Amanda Show, The Nightmare Room, Family Law, NYPD Blue, The Guardian, Boston Public, In Plain Sight, Raising the Bar, Southland, and Play It Again, Dick. Percy was nominated for a Teen Choice Award for TV – Choice Sidekick for Veronica Mars in 2006. Percy's younger sister was featured in MTV's Made as an aspiring surfer. 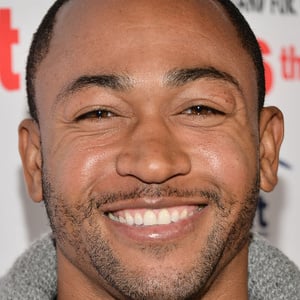