How much is Penn Badgley Worth?

Penn Badgley net worth and salary: Penn Badgley is an American actor who has a net worth of $8 million dollars. Penn Badgley was born in Baltimore, Maryland, and grew up traveling between Woodlake, Virginia and Seattle, Washington. He began his professional performance career performing in theater productions with Seattle Children's Theater. He then began doing voice over work. He chose to focus on his acting career when he was eleven, so his family relocated to Hollywood. After completing high school early, he began acting full-time. He has since appeared in such film and television projects as "Will & Grace", "The Young and the Restless", "Daddio", "Bull", "The Nightmare Room", "What I Like About You", "Debating Robert Lee", "The Twilight Zone", "The Mountain", "John Tucker Must Die", "The Bedford Diaries", "Drive-Thru", "Easy A", "Margin Call", and "Greetings from Jeff Buckley". He is most widely recognized for his work on the hit series, "Gossip Girl". He was a main actor role on the series from 2007 to 2012. In 2018 he began starring on the series "You" which aired on both the Lifetime network and Netflix. 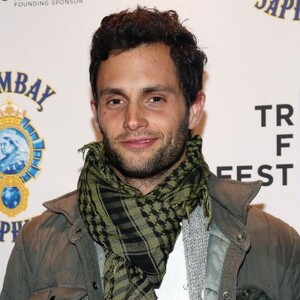