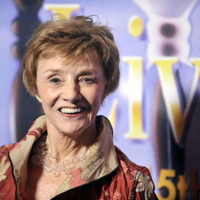 Peggy McCay net worth: Peggy McCay is an American actress who has a net worth of $10 million. Peggy McCay was born in New York City, New York in November 1927. She has 130 acting credits to her name starting in 1949. She is perhaps best known for starring as Caroline Brady in the soap opera Days of Our Lives since 1983. McCay starred as Anna Rose in the television series Room for One More in 1962. From 1976 to 1977 she starred as Mrs. Malloy in the TV series Gibbsville. From 1951 to 1955 McCay starred as Vanessa Dale on the CBS soap opera Love of Life. In 1956 she won an Obie Award for Distinguished Performance by an Actress. McCay won a Primetime Emmy Award in 1991 for Outstanding Guest Actress in a Drama Series for The Trials of Rosie O'Neill. She has been nominated for five Daytime Emmy Awards for Days of Our Lives including in 2015 and 2016.