Paz de la Huerta net worth: Paz de la Huerta is an American actress and model who has a net worth of $4 million. Paz de la Huerta was born in New York City, New York in September 1984. She started modeling before getting into acting. From 2010 to 2011 De La Huerta starred as Lucy Danzinger in the television series Boardwalk Empire.

She has starred in the movies The Object of My Affection, Luminous Motion, The Cider House Rules, Looking for an Echo, Chelsea Walks, Riding in Cars with Boys, A Walk to Remember, Bringing Rain, Rick, Homework, Steal Me, Fierce People, Hollywood Dreams, Nail Polish, The Tripper, Anamorph, Light and the Sufferer, The Guitar, Choke, Deception, The Limits of Control, Enter the Void, 4:44 Last Day on Earth, The Girl Is in Trouble, and 30 Beats. De La Huerta has also appeared in episodes of the TV series Law & Order, The Practice, and Law & Order: Special Victims Unit. In 2011 she won a Screen Actors Guild Award for Boardwalk Empire. 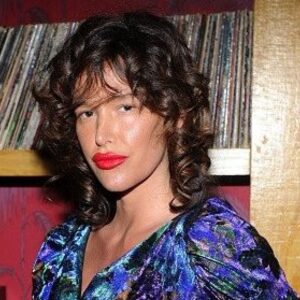