Paulo Costanzo Net Worth: Paulo Costanzo is a Canadian actor who has a net worth of $4 million. Paulo Costanzo was born September 21, 1978 in Brampton, Ontario. He is best known for his roles in the 2000 comedy Road Trip, the sitcom Joey and as Evan R. Lawson in the current USA Network series Royal Pains.

Costanzo became interested in acting at an early age and in secondary school starred as Tony in a production of West Side Story (1961). He made his first television appearance with a guest role on Ready or Not, a Canadian drama series about two best friends faced with normal teenage issues. More television work followed, including acting opposite Dabney Coleman in the made-for-television film My Date with the President's Daughter and a recurring role on the science fiction series Animorphs. Costanzo made his feature film debut in the buddy comedy Road Trip. The following year, Costanzo played the snobby and flamboyant manager of the titular band in Josie and the Pussycats. The film was not a success. Costanzo showed his edgier side in the independent drama Gypsy 83 as a college frat-boy who shares an onscreen kiss with a young, mid-western Goth. He further grew his résumé with mainstream features such as the sexually charged comedy 40 Days and 40 Nights as Josh Hartnett's zany and detail-oriented roommate and the crime caper Scorched with Alicia Silverstone, Woody Harrelson and John Cleese. A high-profile television role on the Friends spin-off series Joey propelled Costanzo's career in 2004. He played Michael, the nephew of the beloved Friends' character Joey Tribbiani (Matt LeBlanc) and a geeky bachelor who idolized his uncle's ability to charm women. Following the cancellation of Joey, Costanzo spent several years acting in independent films produced in Canada, including a starring role in the comedy Everything's Gone Green. In 2009, Costanzo was cast in the USA Network medical drama Royal Pains. 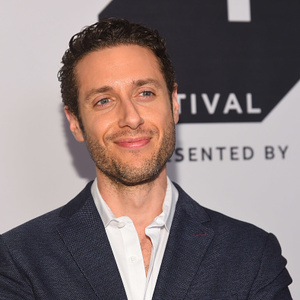