What is Paula Patton's Net Worth?

Paula Patton is an actress and producer who has a net worth of $10 million. Paula Patton is best known for her performances in such films as "Hitch," "Déjà Vu," "Precious," "Mission: Impossible – Ghost Protocol," and "Warcraft." Among her other credits are "Swing Vote," "Just Wright," "2 Guns," "Baggage Claim," "The Perfect Match," "Traffik," and "Four Kids and It." On television, Patton had a main role on the short-lived ABC drama "Somewhere Between" in 2017.

Paula Patton was born on December 5, 1975 in Los Angeles, California to school teacher Joyce and lawyer Charles. She is of European-American descent on her mother's side, and of African-American ancestry on her father's. As a teen, Patton went to Alexander Hamilton High School on the Westside of Los Angeles. After graduating, she enrolled at the University of California, Berkeley, where she spent a year before transferring to the University of Southern California's film school. Following her college graduation, Patton had a three-month assignment making documentaries for PBS.

Before she began acting, Patton worked as a singer and songwriter. She provided vocals to Usher's 2004 album "Confessions," and had songwriting credits on a number of albums by her then-boyfriend Robin Thicke.

In 2005, Patton made her feature film acting debut with a small role in the romcom "Hitch," starring Will Smith, Eva Mendes, and Kevin James. She followed this with another brief part in the romantic drama "London," with Chris Evans, Jessica Biel, and Jason Statham. In 2006, Patton starred opposite OutKast members Big Boi and Andre Benjamin in the musical film "Idlewild." The same year, she had her mainstream breakthrough role in the science-fiction thriller "Déjà Vu," in which she starred opposite Denzel Washington in the lead female role of Claire Kuchever.

Patton followed this with a number of other major roles. In 2008, she starred alongside Kiefer Sutherland in the supernatural horror film "Mirrors," and also appeared opposite Kevin Costner, Kelsey Grammer, and Dennis Hopper in the political dramedy "Swing Vote." The next year, Patton gave one of her most acclaimed performances in Lee Daniels' acclaimed literary adaptation "Precious," playing a teacher of disadvantaged students at a Harlem high school. As part of the film's ensemble cast, which also includes Gabourey Sidibe, Mo'Nique, Mariah Carey, and Sherri Shepherd, Patton received a Screen Actors Guild Award nomination.

Patton starred in many romantic comedies throughout the 2010s. They include "Just Wright," starring Queen Latifah and Common; "Jumping the Broom," with Angela Bassett and Laz Alonso; "Baggage Claim," costarring Taye Diggs, Djimon Hounsou, and Derek Luke; the 2014 remake of "About Last Night," with Kevin Hart and Regina Hall; and "The Perfect Match," which Patton also produced. Among the actress's other notable credits is the action spy sequel "Mission: Impossible – Ghost Protocol," in which she starred in the lead female role opposite Tom Cruise.

Patton was also in the ensemble drama "Disconnect" and the buddy action comedies "2 Guns" and "The Do-Over." Her more recent credits include the action fantasy "Warcraft," based on the eponymous video game series; the thriller "Traffik," which she also produced; and the British family fantasy "Four Kids and It," based on the novel by Jacqueline Wilson. 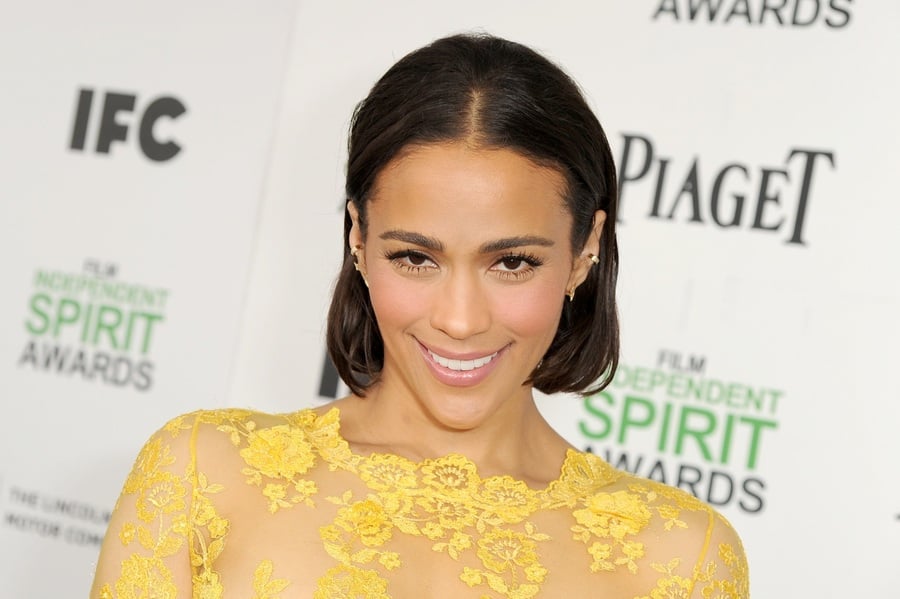 On the small screen, Patton first played Detective Angela Kellogg in the unsold 2005 pilot to "Murder Book." She didn't return to television until five years later, when she appeared in an episode of "Law & Order: Special Victims Unit" as A.D.A. Mikka Von. Patton was supposed to be the new regular in this role, succeeding Sharon Stone, but couldn't stay in the part due to her being cast in "Mission: Impossible – Ghost Protocol." Following this, Patton made guest appearances on the VH1 series "Single Ladies" and the educational children's program "Sesame Street." After filming another unsold pilot in 2015 called "Runner," the actress served as a guest judge on the reality competition series "Project Runway." She then landed a main role on the ABC drama "Somewhere Between," playing a San Francisco news producer who tries to help the police track down a serial killer. The show ultimately lasted for only ten episodes before being cancelled in September of 2017.

At the age of 16 in 1991, Patton met 14-year-old singer Robin Thicke at a Los Angeles hip hop club called Balistyx. Thicke asked Patton to dance, and the two began dating a couple years later. In June of 2005, they finally married. Together, they have a son named Julian Fuego who was born in 2010. Later, in early 2014, the couple announced their separation; they filed for joint custody of their son and divorced in March of 2015.

In early 2017, Patton made a legal request to limit Thicke's custody due to her allegations that he was abusing their child. Although a judge initially denied the request, Patton was shortly after granted both sole custody and a restraining order against Thicke. Court documents demonstrated that her ex-husband was responsible for multiple incidents of drug and alcohol abuse and domestic violence. He and Patton eventually reached a custody agreement later in the year.

In 1990, Robin's father Alan paid $910,000 for a home in the "Bird Streets" area in the Hollywood Hills of Los Angeles. In 2005, soon after Robin and Paula married, Alan deeded the property to his son. In 2014 Robin and Paula listed the home for sale for just under $3 million. Impressively the home ended up selling for $4.9 million, $1.9 million OVER asking.

In September 2014, after announcing their separation, Paula paid $2 million for a home in Calabasas, California. 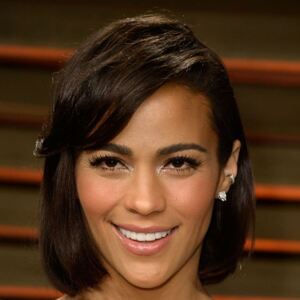