Paula Garcés Net Worth: Paula Garcés is a Colombian-American actress who has a net worth of $2 million. Born in 1974 in New York City, New York, Paula Garcés grew up in Medellin, Colombia, before her family moved back to the Big Apple. She made her film debut in 1991's "Hangin' with the Homeboys" and her TV debut the same year in an episode of "Law & Order".

She appeared on soap opera "Guiding Light" from 1999 until 2001 as Pilar Santos and took several small parts before landing the recurring role of Officer Tina Hanlon on FX's "The Shield" from 2006 until 2008. Since then, she has appeared in episodes of "CSI: Miami", "Knight Rider", "Warehouse 13", "The Good Wife", "Breakout Kings", and "Elementary". In 2013, she landed a recurring part as Lea Marquez on soap opera "All My Children". Garcés' first major film role came as Francesca in 2002's "Clockstoppers" alongside Jesse Bradford. She landed a part in "Marci X" with Damon Wayans and Lisa Kudrow and later appeared in "Man of the House" with Tommy Lee Jones. Her other film credits include "Harold & Kumar Go to White Castle", "National Lampoon's Pledge This!", "Harold & Kumar Escape from Guantanamo Bay", and "A Very Harold & Kumar 3D Christmas". Garcés has been married to her husband, Antonio Hernandez, since 2002, and they have one son together. 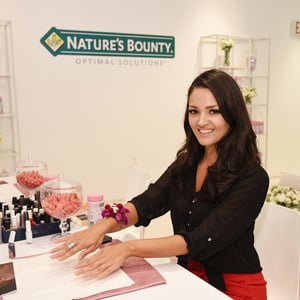