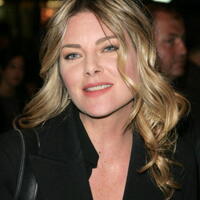 Paula Devicq Net Worth: Paula Devicq is a Canadian actress who has a net worth of $400 thousand dollars. Paula Devicq was born in Edmonton, Alberta, Canada in July 1965. She is best known for playing the role of Kirsten Bennett Thomas Salinger on the TV series Party of Five. She starred on Party of Five from 1994 to 2000. In 1995 Paula starred as Tracy Lance in the TV movie Wounded Heart. She starred in the movie Dinner and Driving as Laura in 1997 and Kill the Man as Vicki Livingston in 1999. From 2001 to 2002 she starred as Cynthia Bennington on the television series 100 Centre Street. Devicq starred as Sondra in the series Rescue Me from 2004 to 2005. She starred as Teresa in the movie The Breakup Artist in 2004. In 2006 she starred as Holly in the film The Good Student and in 2010 as Vicky-Ann in First Dog. In 2012 Devicq starred as Cindy in the movie Arbitrage. She has also appeared in episodes of the TV series Law & Order, Law & Order: Criminal Intent, and A Gifted Man.