Paul Winfield net worth: Paul Winfield was an American actor who had a net worth equal to $3 million at the time of his death. He was best known for starring in many films and TV series including Sounder.

Paul Winfield was born in Los Angeles, California in May 1939 and passed away in March 2004. He starred in movies, TV shows, and on stage and had more than 125 acting credits to his name. Winfield starred as Rev. Martin Luther King Jr. on the TV mini-series King in 1978. From 1987 to 1988 he starred as The Mirror on the TV series the Charmings. Paul Winfield starred as Julian C. Barlow on the series 227 from 1988 to 1990. He had recurring roles on the TV series L.A. Law as Derron Holloway, Built to Last as Russel Watkins, Touched by an Angel as Sam, and more. Winfield appeared in several films including Sounder, Star Trek II: The Wrath of Khan, The Terminator, Huckleberry Finn, Mars Attacks!, and more. He won a Primetime Emmy Award in 1995 Outstanding Guest Actor in a Drama Series for Picket Fences. Paul Winfield passed away on March 7, 2004 at 64 years old of a heart attack. 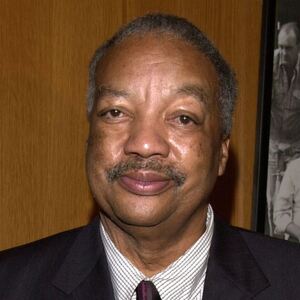