What is Paul Sorvino's Net Worth?

Paul Sorvino was an American actor, singer, businessman and writer who had a net worth of $10 million at the time of his death. Paul Sorvino died on July 25, 2022 at the age of 83. Paul enjoyed a multi-decade successful TV and film career that included prominent roles on television series like "Law & Order" and films like "Goodfellas" and "The Firm."

Sorvino was born on April 13, 1939 in New York City to parents Angela and Ford Sorvino. His father was an Italian immigrant who worked in a robe factory as a foreman while his mother was primarily a homemaker and also taught the piano. Throughout his youth, he took voice lessons and developed an interest in theatre. He attended Lafayette High School and then the American Musical and Dramatic Academy.

Before venturing into acting, Sorvino worked as a copywriter in an advertising agency. The lessons he was taking at the American Musical and Dramatic Academy inspired him to begin auditioning for parts in theatre productions. He made his Broadway debut in 1964 in the musical "Bajour." He continued seeking out parts in both films and musicals and landed his first film role in Carl Reiner's 1970 film "Where's Poppa." In 1971, he had a supporting role in the critically acclaimed "The Panic in Needle Park" starring Al Pacino and Kitty Winn. The following year, he received critical acclaim for his role in Jason Miller's 1972 Broadway play called "That Championship Season." Ten years later, he would reprise the role in the film version of the production.

Sorvino worked steadily throughout the 1970s. In 1973, he appeared in the Academy Award-winning romantic comedy "A Touch of Class." The following year, he landed a role in "It Couldn't Happen to a Nicer Guy." In 1976, he got a part in "I Will, I Will…for Now" along side Diane Keaton. He had a starring role in the weekly series "We'll Get By" and also played characters in "Bert D'Angelo/Superstar" and "The Oldest Rookie." He took on his first directing role in "Wheelbarrow Closers" in 1976.

In 1981, Sorvino landed a role in the Warren Beatty film "reds" as an Italian-American communist. He also worked in Larry Cohen's 1985 horror film "The Stuff," where he met future "Law & Order" co-star Michael Moriarty. He maintained his interest in theater, however, and helped launch the American Stage Company, a theater company, in 1986. 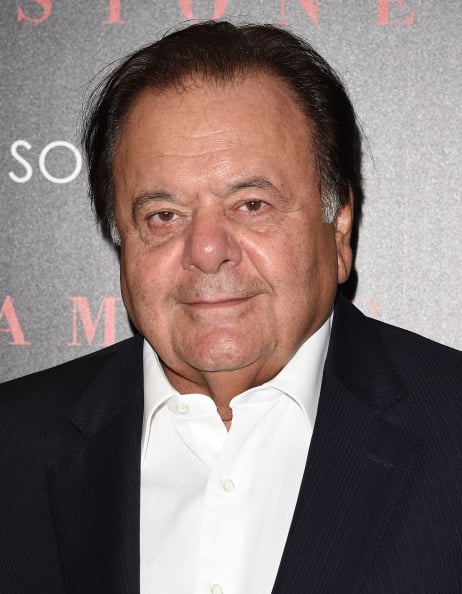 In 1990, Sorvino was cast as the caporegime Paul Cicero in Martin Scorsese's "Goodfellas," which has become one of his most notable roles. One of his major television roles came soonafter in 1991 when he got the part of Sergeant Phil Cerreta in the popular television series "Law & Order." He remained on the show for 29 episodes but then left as the exhausting film schedule began to tire him and he was primarily interested in preserving his vocal cords to be able to sing opera, one of his greatest hobbies and passions. In 1993, he had a role in a "Perry Mason" television movie and also appeared in "Moonlighting." In 1995, he played Henry Kissinger in the Oliver Stone film "Nixon." He again played the role of a mobster in "The Rocketeer" and "The Firm."

In 1998, Sorvino lent his voice to the series "The Big House" on The History Channel and served as narrator for the show. He also voiced the character of Mr. Scheck, the primary antagonist in "Hey Arnold!: The Movie." In 2000, he landed the role of Frank Delucca in the drama "That's Life" and remained on the show until 2002. He worked with his daughter, Mira, in the film "The Trouble with Cali," which he both directed and starred in.

In 2008, he had a role in "Repo! The Genetic Opera" and then landed a role in "The Devil's Carnival," both directed by Darren Lynn Bousman.

Sorvino split his time between homes in Los Angeles, California and Madison, Indiana. He had three children with Lorraine Davis; Mira Sorvino, Michael, and Manda. Both Mira and Michael have gone on to become actors.

Paul made the news a couple of times due to incidents related to protecting his daughters. In 2007, he showed up to a hotel where an ex-boyfriend of his daughter Amanda was threatening her. He arrived before the police to talk to the guy and legally was carrying his gun. The police ultimately arrested the ex-boyfriend. He also made fiery comments to TMZ after reports emerged that Harvey Weinstein allegedly sexually harassed his daughter.

One of his primary hobbies is sculpting and he is an accomplished sculptor in cast bronze. He has also put his opera singing skills to good use and has guest-starred on the 2008 album with singer Eddy Napoli in a duet performance of "Luna Rossa."

He was an animal lover and has worked with his daughter Amanda to lobby with the Americans Against Horse Slaughter group in Washington D.C. The family runs their own private horse rescue in Pennsylvania. Sorvino also devoted himself to asthma research and founded the Paul Sorvino Asthma Foundation with the intent to build asthma centers throughout the United States.

Additionally, Sorvino was a lover of food and launched his own line of pasta sauces under the Paul Sorvino Foods line in 2007. The sauces are based on his mother's recipes and appeared in supermarkets in the northeast in 2009.

In December of 2014, Sorvino married his second wife, political pundit Dee Dee Benkie after having met her on "Your World With Neil Cavuto."