Paul Rust net worth: Paul Rust is an American actor, writer, comedian, and musician who has a net worth of $1 million. Paul Rust was born in Le Mars, Iowa in April 1981. He performed sketch comedy at the Upright Citizens Brigade Theater and has been a part of the sketch comedy groups Last Day of School and A Kiss From daddy.

In 2016 Rust starred as Gus Cruikshank in the television series Love. He has had recurring roles in the TV series The Very Funny Show, Super Fun Night, and Comedy Bang! Bang!. Rust has also starred in the movies Exquisite Corpse, Semi-Pro, Psycho Sleepover, Inglourious Basterds, I Love You, Beth Cooper, Freak Dance, Ass Backwards, and iSteve. In 2013 he was nominated for an Online Film & Television Association Award for Best Writing in a Comedy Series for Arrested Development. Rust has also written for the TV series The Very Funny Show, Rob & Big, Comedy Bang! Bang!, and Love. He also executive produced the series Love which debuted in 2016. 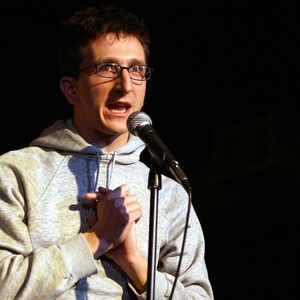