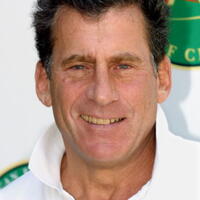 Paul Michael Glaser net worth: Paul Michael Glaser is an American actor who has a net worth of $4 million. Paul Michael Glaser is best known for playing the role of "Starsky" in the hit TV series Starsky and Hutch. Originally from Cambridge Massachusetts, he received a Master's degree in English and theater in 1966. A year later he received another degree from Boston University in acting and directing. He started his acting career doing series of plays on Broadway, then transitioning into movies by playing Perchik in the film adaptation of "Fiddler on the Roof." This got the attention of several TV producers and eventually landed the roll of his career to date, Starsky and Hutch, which aired for four years. He never really struck gold again after Starsky, but he did manage to cross over to working on the other side of the camera. He has since directed a handful of mildly successful movies and several popular TV shows. Although off the radar of the general populous, he manages to make a living guest starring in TV shows, as well as directing some successful TV shows, including the popular "Las Vegas" which aired on NBC.