Paul McGillion net worth: Paul McGillion is a Scottish-Canadian actor who has a net worth of $3 million. Paul McGillion was born in Paisley, Scotland in January 1969. McGillion is best known for playing the role of Dr. Carson Beckett on the TV series Stargate Atlantis. Paul's family moved to Canada when he was two years old.

He graduated with a teaching degree from Brock University and was a championship wrestler. McGillion taught at the Vancouver Film School from 1998 to 1999. His first role came on the television series The Commish in 1994. He starred as Dr. Carson Beckett on Stargate: Atlantis from 2004 to 2009. McGillion has also appeared in episodes of the TV series The X-Files, Stargate SG-1, Smallville, 24, Supernatural, Once Upon a Time, and Fringe. McGillion won a Leo Award in 2011 for Best Performance by a Male in a Short Drama for A Fine Young Man. 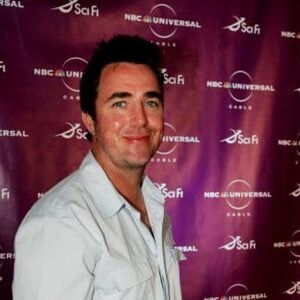