Paul McGann Net Worth: Paul McGann is an English actor who has a net worth of $7 million. Paul McGann was born in Kensington, Liverpool, Lancashire, England in November 1959. He studied at the Royal Academy of Dramatic Art. His brothers Joseph, Mark, and Stephen are also actors and all four of the brothers starred in the 1995 series The Hanging Gale.

The brothers formed the pop quarter the McGanns. Paul's debut roles came in 1982 in the TV series Play for Today, the TV movie Russian Night…1941, and the TV documentary Panorama. From 1983 to 1984 he starred as Mo in the TV series Give us a Break. In 1986 Paul starred as Percy Toplis in the series The Monocled Mutineer. McGann has also had recurring roles in the TV series Nice Town, Out Mutual Friend, Forgotten, Nature Boy, Fish, Doctor Who: Shada, Tripping Over, True Dare Kiss, Collision, Waking the Dead, Luther, and I Shouldn't Be Alive. He also starred in the movies Alien 3, The Three Musketeers, and Queen of the Damned. In 1990 he won Best Actor at the Barcelona Cinema Festival for Paper Mask. McGann was nominated for a BAFTA TV Awards for Best Actor in 1987 for The Monocled Mutineer. 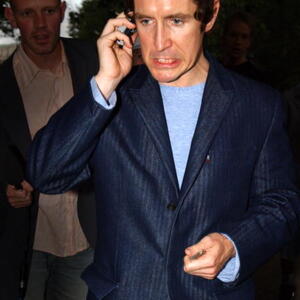