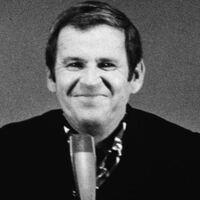 Paul Lynde net worth: Paul Lynde was an American comedian, voice artist, actor, and game show panelist who had a net worth equal to $7 million at the time of his death. Paul Lynde was born in Mount Vernon, Ohio in June 1926 and passed away in January 1982. He starred on Broadway and had a recurring role on the television series Bewitched. He starred as Paul Simms on the TV series The Paul Lynde Show from 1972 to 1973 and starred as Dr. Paul Mercy on the series The New Temperatures Rising Show from 1973 to 1974. Lynde appeared in more than 850 episodes of the game show The Hollywood Squares from 1966 to 1979. He also appeared in episodes of the TV series Donny and Marie, The Mike Douglas Show, The Dean Martin Show, The Glen Campbell Goodtime Hour, Dean Martin Presents the Golddiggers, and more. He was nominated for a Golden Globe Award, three Primetime Emmy Awards, and two Daytime Emmy Awards. Paul Lynde passed away on January 11, 1982 at 55 years old from a heart attack.