Early Life: Paul Lieberstein was born Paul Bevan Lieberstein on February 22, 1967, in Westport, Connecticut. He grew up in a Jewish household with mother Judith (a clinical psychologist), father Stanley (a lawyer), sister Susanne, and brother Warren. Susanne is married to Greg Daniels, who developed "The Office" for American television, and Warren used to be married to Paul's "Office" co-star Angela Kinsey. Lieberstein played vibraphone in the Staples High School band, and that's where he first became interested in sitcom-writing. In a 2006 interview with "Suicide Girls," he stated, "I actually did my first episode of television in high school. Me and some friends discovered a television studio right in the middle of our high school. It was this multi-camera set up so we wrote and produced a television episode. I don't even remember what it was about." After graduation, Paul enrolled at Hamilton College, where he studied economics and was a member of the Chi Psi fraternity, earning his degree in 1989. He then moved to New York City and spent six months working as an auditor at Peat Marwick International. In 2011, Hamilton College awarded Lieberstein an Honorary Doctorate of Fine Arts.

Career: Paul and a writing partner moved to Los Angeles after signing with an agent at William Morris, and he landed a writing job on the Nickelodeon series "Clarissa Explains It All" in 1991. He was a member of the writing staff for one season and was fired when he and his writing partner decided to split up; Lieberstein is credited with writing the 1992 episode "President Ferguson." In 1994, he wrote the "Weird Science" episodes "Party High, U.S.A.," "Nightmare on Chett Street," and "Chett Reborn," and he  wrote "The Naked Truth" episodes "Sewer Gators, Swordplay, Santa from Hell!," "Shocking Tales of Hollywood Gunplay!," and "Man Loses Load While Woman Can't Dump!" from 1995 to 1996. In 1997, Paul joined the writing staff of his brother-in-law Greg Daniels' animated series "King of the Hill," and he became a supervising  producer the following year and a co-executive producer in 1999. During his time on the series, Lieberstein wrote 12 episodes and produced 50 episodes; the episodes he wrote include "Luanne's Saga," "How to Fire a Rifle Without Really Trying," and "Spin the Choice." 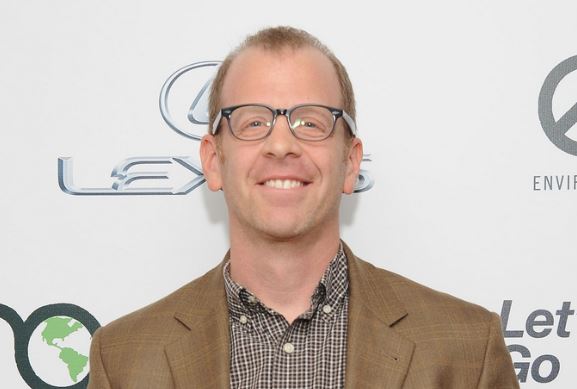 In 2014, Lieberstein directed "The Newsroom" episode "Oh Shenandoah," guest-starred in two episodes, and executive produced six episodes. He directed the "Hooking Up Is Hard," "French Me, You Idiot," and "Christmas" episodes of "The Mindy Project," which starred his "Office" castmate Mindy Kaling, and he appeared in a 2016 episode of the series. In 2018, he executive produced six episodes of his "Office" co-star Craig Robinson's series "Ghosted" and wrote the episode "The Wire." In 2020, Paul reunited with yet another "Office" castmate, Steve Carell, executive producing four episodes of "Space Force" and writing the episode "It's Good to Be Back on the Moon." In April 2020, it was announced that Lieberstein and fellow "Office" producer Ben Silverman were developing a coronavirus-inspired TV series about a "wunderkind boss who, in an effort to ensure his staff's connectedness and productivity, asks them all to virtually interact and work face-to-face all day."

Personal Life: Paul married Janine Serafin Poreba, who teaches English as a Second Language courses at Santa Monica College, on July 19, 2008. The couple was married at the Battery Gardens restaurant in New York City, and they live in the Brentwood area of Los Angeles. Janine guest-starred on an episode of "The Office" in 2007, and she also appeared in "Song of Back and Neck." Lieberstein is a member of the advisory board for the nonprofit organization Young Storytellers, which "works towards a future where young people experience, through the stories they write, the impact that their thoughts, feelings, and words can have on the world in which they live." In May 2020, Paul and his former "Office" co-stars Oscar Nuñez and Craig Robinson put on the stage play "The Dentist Competition" on Zoom and YouTube for Young Storytellers; the playwright, Quentin Chatman, was 14 at the time of the performance but wrote the play in fifth grade.

Lieberstein has earned 10 Writers Guild of America Award nominations for "The Office," winning the award for Comedy Series in 2007 and Episodic Comedy (for the episode "The Job") in 2008. "The Office" was named Outstanding Comedy Series at the 2006 Women's Image Network Awards, and Paul received two PGA Award nominations for Outstanding Producer of Episodic Television, Comedy for his work on the series (2010 and 2011). He received an Annie Award nomination for Best Individual Achievement: Writing in a TV Production for the "King of the Hill" episode "Luanne's Saga" in 1997, and in 2018, "Song of Back and Neck" earned him Best Narrative Feature nominations at the BendFilm Festival and Tribeca Film Festival. 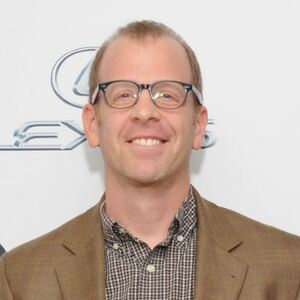