What is Paul Hogan's net worth?

Paul Hogan is an Australian actor and comedian who has a net worth of $20 million. Hogan is most famous for appearing in the 1986 movie Crocodile Dundee and its subsequent sequels. Hogan's net worth peaked at north of $75 million, but unfortunately has declined significantly in recent years after an ugly divorce and a lengthy battle with the Australian Taxation Office which we detail later in this article.

Paul Hogan was born in Sydney, Australia on October 8th, 1939. In an attempt to appear more interesting, he has at times claimed to have been born in the small outback town of Lightning Ridge, Australia. He grew up in Sydney and began working as a rigger on the Sydney Harbor Bridge as a teenager. He has remained private about many of the details related to his career prior to entering showbusiness.

His first appearance on Australian television came in 1971 with the talent show "New Faces," which preceded the popular English show of the same name. He had observed that the crux of the show's success did not come from the contestants' talents or performances, but instead came from the judges ridiculing and making fun of the contestants. With this in mind, he decided that he would turn the tables and ridicule them. Under the pretense of being a tap-dancing knife-thrower, Hogan was invited on the show and made a series of jokes about the judges. Despite him only doing a little dance and throwing the knives to the floor to conclude his performance, the crowd enjoyed his unexpected, novel performance, and he was invited back to perform again. His unique routines and comedic talent caught the eye of Mike Willesee, the host of the Australian news magazine program "A Current Affair." Willesee asked Hogan if he would be interested in doing short comedic segments on his show, and he agreed. He subsequently befriended the show's producer John Cornell who later became his manager and business partner.

Hogan received his own comedy sketch show called "The Paul Hogan Show" in 1973. It was produced and written by him, and he played characters with Cornell and soap opera actress Delvene Delaney. The show was popular in Australia, the UK, and South Africa and was compared to "Saturday Night Live." For its first season, Hogan was awarded a TV Week Logie Award for Best New Talent. After it concluded, he starred in a collection of humorous advertisements for the Australian Tourist Commission. The ones in which he encouraged visitors to "Come and say G'day" and says he'll "throw an extra shrimp on the barbie for you" were particularly popular among American audiences. Prior to the ad campaign, Australia ranked as the 78th most desirable vacation destination. Three months after the commercials began airing, it moved up to the seventh most desirable vacation spot.

Crocodile Dundee and Other Work

In 1985, Hogan starred in the television miniseries "Anzacs," which is about a group of Australian and New Zealander soldiers who fought on the Western Front. His breakout role came the next year in the comedy "Crocodile Dundee." He cowrote the screenplay with John Cornell. It was intended to be an Australian film with American appeal, and the film was an incredible worldwide hit. With a budget of just under $10 million, it grossed over $325 million internationally. It has remained the highest grossing Australian film production for over thirty-four years. Critics praised Hogan's comedic charm and his chemistry with co-star Linda Kozlowski, whom he would later marry. The film received an Academy Award nomination, two Saturn Award nominations, and two Golden Globe nominations with Hogan winning one for best actor in a comedy. In 1988, "Crocodile Dundee II" was released, and it was a commercial hit as well. Against a budget of $14 million, it went on to gross over $235 million worldwide. The sequel was directed by Cornell, and it fell flat with the critics with many considering the film to be too slow and only mildly funny.

With the success of the "Crocodile Dundee" films, Hogan was able to be discerning about which roles he wanted to play and what he wanted with the franchise. In the early 1990s, Paramount approached him with the idea for a crossover between "Crocodile Dundee" and "Beverly Hills Cop," which would star Hogan and Eddie Murphy. Neither actor was interested in the bizarre concept. He wrote and starred in the 1990 comedy-drama "Almost an Angel." It was a flop. With a budget of $25 million, it grossed just under $7 million worldwide. In 1994, he wrote and starred in the western comedy "Lightning Jack" alongside Cuba Gooding Jr. and Beverly D'angelo. It performed better than his previous film, but it only grossed $16 million worldwide and was a critical flop. He starred in a remake of the family friendly film "Flipper" in 1996, but that would be the last of his feature films for the decade. He reprised his role as Mike Dundee in 2001 for "Crocodile Dundee in Los Angeles," which grossed only $39 million and was panned by critics. It received a Razzie nomination for worst remake or sequel. In 2004, he starred in the Australian film directed by Dean Murphy "Strange Bedfellows," and in 2009, he starred in another of Murphy's films "Charlie & Boots," which was the second highest grossing film of the year in Australia. In the early 2010s, he toured Australia doing live standup comedy. An Australian miniseries was made about him in 2017 titled "Hoges: The Paul Hogan Story."

Paul Hogan was able to earn an extraordinarily large paycheck off the Crocodile Dundee series after financing and distributing the movie outside of the traditional movie studio system. Hogan raised the first movie's $8.8 million budget independently and sold the distribution rights country by country on his own. This allowed him to maintain a reported 60% ownership stake in the film's eventual profits. Crocodile Dundee I went on to earn more than $320 million world wide. Crocodile Dundee II earned $240 million, Crocodile Dundee III earned $40 million. It's likely that Paul personally earned over $100 million from the franchise. 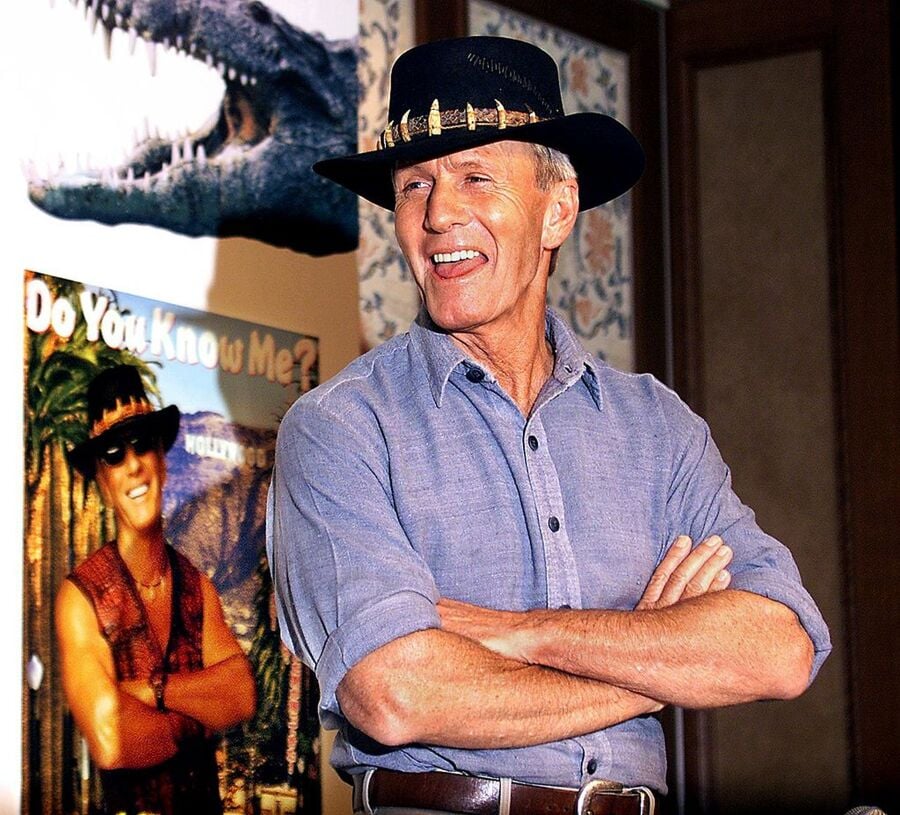 Hogan and first wife Noelene Edwards were initially married from 1958 – 1981. They remarried within a year then divorced again in 1986. This second divorce was reportedly one of the most expensive and messiest in Australian history. Hogan married was married to his Crocodile Dundee co-star Linda Kozlowski from 1990 to 2014.

Hogan was involved in a bitter dispute with the Australian Taxation Office for more than a decade. The tax office claimed Paul used offshore tax shelters and California residency to hide millions of dollars worth of his Crocodile Dundee earnings over a period of 25 years. At one point, the tax office served Hogan with a $150 million bill that included significant fines and interest. In 2006, Hogan won a $5 million judgement against the Australian Crime Commission after it was found to have illegally seized personal financial information. In 2010, after Hogan traveled to Australia for his mother's funeral, he was prevented from leaving the country until he paid off a $37.5 million tax bill. In 2017 the Australian Commissioner of Taxation announced that the matter was settled after Hogan paid "tens of millions of dollars" in taxes and fines. Hogan denied those reports.

In April 2013, Hogan sued a Swiss bank claiming it allowed one of the actor's former financial advisors to abscond with more than $32 million. He sought $80 million in damages. The case is currently unsettled but the financial advisor claimed no wrong doing.

In July 2012, Paul and Linda paid $3.8 million for a home in Malibu, California. They sold the home a year later to fellow Australian superstar, Chris Hemsworth. 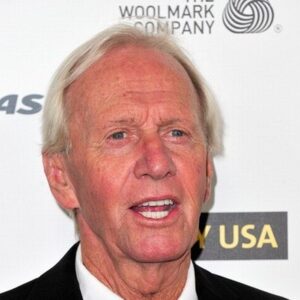