Paul Feig net worth and salary: Paul Feig is an American actor, director, and writer who has a net worth of $30 million. Paul Feig was born in Mount Clemens, Michigan, and after a year at Wayne State University, decided to relocate to California to study at the University of Southern California, and to pursue a career in performance. While working as a tour guide at Universal Studios Hollywood, he began to develop his stand-up comedy act. He went on to appear in such film and television projects as "The Facts of Life", "Zombie High", "thirtysomething", "Ski Patrol", "Good Sports", "That Thing You Do!", "Sabrina, the Teenage Witch", "The Drew Carey Show", "I Am David", "Arrested Development", "Knocked Up", and "Bad Teacher".

Today he is most widely recognized as a successful director for such film and television projects as "The Office", "30 Rock", "Parks and Recreation", "Arrested Development", "Nurse Jackie", "Bridesmaids", and "The Heat". He is also the co-creator of "Freaks and Geeks". He has been nominated for five Emmy Awards.

In 2016, Paul was paid $10 million to direct the highly-anticipated Ghostbusters re-make. He also earned a percentage of the profits.

Early Life: Feig was born on September 17, 1962 in Mount Clemens, Michigan. His mother, Elaine, worked as a telephone operator and his father, Sanford, owned a supply store. Feig was raised in a Christian Science household as Feig's father, who was born Jewish, converted to the religion and then met Elaine at a church social event.

As a child and teenager, he developed an interest in theater and drama. He joined the drama club at school and was able to write and direct commercials for his father's hardware supply store. He also started developing his stand-up comedy at the age of 15 and would perform at local comedy clubs.

He attended Chippewa Valley High School and then enrolled at Wayne State University. However, after a year at Wayne State, he decided to move to Los Angeles and transferred to the University of Southern California where he attended film school. During this time, he worked as a tour guide at Universal Studios Hollywood and began performing stand-up comedy at local clubs in Los Angeles. Before graduating from USC, Feig secured an internship with producer Michael Phillips as a script reader. He also won $25,000 on the gameshow "Pyramid" which allowed him to embark on a stand-up comedy tour, though he eventually returned to Los Angeles to pursue acting.

Career: Feig first started landing minor roles in television shows and movies in the late 1980s. He had a role in the 1990 film "Ski Patrol" and played a supporting role opposite Ben Stiller in the 1995 comedy "Heavyweights." He also landed a recurring role as a school teacher in the popular teenage television show, "Sabrina the Teenage Witch."

Feig had met Judd Apatow on the set of "Heavyweights" and worked with him to create the comedy series "Freaks and Geeks" based on his own high school experiences. While the show only aired for one season on NBC between 1999 and 2000, it has since developed a cult following. Entertainment Weekly ranked it 13th on its list of the best shows of the previous 25 years in 2008 and Time Magazine included it in its list of 100 Greatest Shows of All Time. Feig received two Emmy Award nominations for this writing on the show. During this time, he also began directing various episodes of television series like "Arrested Development," "The Office," and "Nurse Jackie. 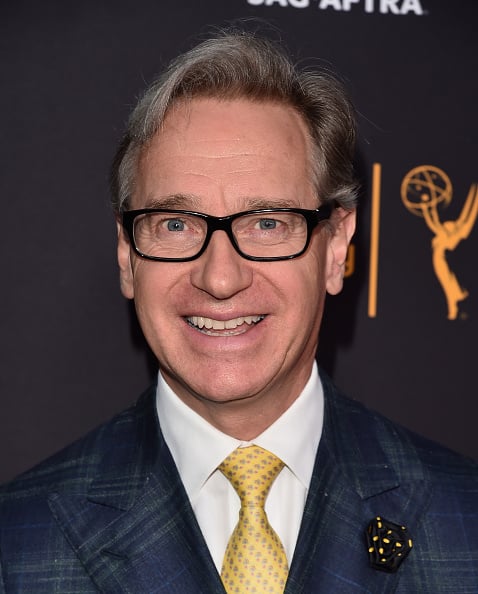 In 2003, Feig directed his first film, "I Am David" which premiered at the 2003 Cannes Film Festival.  A few years later he directed "Unaccompanied Minors" in 2006. He also continued acting in minor roles here in there, including roles in "Knocked Up" and "Bad Teacher," though he primarily shifted to writing and directing.

In 2011, Feig reunited with Apatow to direct the comedy film "Bridesmaids," written by Annie Mumulo and Kristen Wiig. The film did incredibly way commercially and critically, grossing over $288 worldwide and receiving Golden Globe and Academy Award nominations.

"Bridesmaids" was also where Feig met Melissa McCarthy, who he would go on to work with several times in the future, beginning with the 2013 film "The Heat," starring McCarthy and directed by Feig. They again teamed up for the spy comedy movie "Spy" in 2015, another big success. The film was nominated for two Golden Globe Awards. The same year, Feig worked as a producer on the animated "The Peanuts Movie."

Feig created the science fiction television series "Other Space" in 2015 as well for Yahoo! Screen, a new video on demand service. Though the series received positive reviews, it was not renewed for a second season since Yahoo! Screen was shut down in 2016.

In 2016, Feig directed and co-wrote a reboot of "Ghostbusters" starring an all-female cast that included McCarthy, Kristen Wiig, Kate McKinnon, and Leslie Jones. Though the film grossed the highest of any live-action comedy of 2016, it wasn't considered to be very successful as the cost of production was high and it received a number of low ratings.

Feig switched back into the producer role for the 2017 film, "Snatched" starring Amy Schumer and Goldie Hawn. He also began production on "A Simple Favor" the same year, a film based on the thriller novel of the same name by author Darcey Bell. The film received generally favorable reviews and represented one of Feig's most notable ventures outside the world of pure comedy. He worked on a Super Bowl commercial for Coca Cola in 2018 and directed the film "Last Christmas" starring Emilia Clarke  and Henry Golding in 2019.

Personal Life:  Feig married his wife Laurie Karon on September, 23 1994 and the couple live in Burbank, California. During the 2020 COVID-19 pandemic, Feig started a popular daily segment that he livestreamed from his home in which he made new cocktails and highlighted various charity organizations for his audience to donate to.