Paul Dooley net worth: Paul Dooley is an American actor, writer, and comedian who has a net worth of $25 million. It should be noted that a portion of Paul's net worth is actually attributable to his wife, Winnie Holzman who has earned a fortune as the co-writer of the musical "Wicked". Paul is best known for his over 200 acting credits and his career spanning more than six decades.

Paul Dooley was  born in Parkersburg, West Virginia in February 1928. He married Winnie Holzman in 1984 and has four children including Savannah Dooley. From 1988 to 1989 he starred as Dick Hale on the television series Coming of Age. Dooley starred as John Shirley on the TV series Grace Under Fire from 1994 to 1996. He has appeared in several films including The Out-of-Towners, The Gravy Train, Slap Shot, Popeye, Strange Brew, Sixteen Candles, Runaway Bride, Hairspray, and more. Paul Dooley provided the voice of Sarge in the Cars movies. He has had recurring roles on the TV series Dream On, Star Trek: Deep Space Nine, Once and Again, The Practice, ER, Curb Your Enthusiasm, Desperate Housewives, Huge, and The Kids Are Alright. He has been nominated for Primetime Emmy Awards for The Practice and Dream On.

Personal Life: Paul has been married to screenwriter Winnie Holzman since 1984. In addition to creating the TV show "My So-Called Life", she earned a considerable fortune as the co-writer of the musical "Wicked", which has earned over $1 billion worldwide.

Real Estate: In 2012, Paul and Winnie paid just under $7 million for a beachfront home in Malibu, California. They listed the home for sale at one point for $7.5 million but ultimately accepted $5.75 million in August 2020. In 2019 they paid $5.2 million for home in Toluca Lake, California. 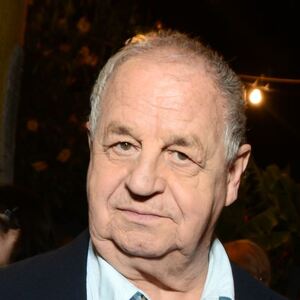