Paul Dano net worth: Paul Dano is an American actor and producer who has a net worth of $10 million dollars. Paul Franklin Dano was born in New York City, New York in June 1984. He attended Eugene Lang College and was involved in community theater. As a child he appeared on Broadway in Inherit the Wind.

His first role came on the TV series Smart Guy in 1998. Dano starred as Joel in the 2000 movie The Newcomers. He starred in the movies L.I.E., The Emperor's Club, The Girl Next Door, and Taking Lives. Dano had a recurring role on The Sopranos from 2002 to 2004. He has also starred in the films The Ballad of Jack and Rose, The King, Little Miss Sunshine, Fast Food Nation, Weapons, There Will Be Blood, Light and the Sufferer, Explicit Ills, Gigantic, Taking Woodstock, The Good Heart, Where the Wild Things Are, The Extra Man, Knight and Day, Meek's Cutoff, Cowboys & Aliens, For Ellen, Being Flynn, Ruby Sparks, Looper, Prisoners, and 12 Years a Slave. He won a Screen Actors Guild Award in 2007 and has also won awards from the Stockholm Film Festival, Phoenix Film Critics Society, National Board of Review (USA), L.A. Outfest, Independent Spirit Awards, Fantasporto, Deauville Film Festival, Chlotrudis Awards, and Broadcast Film Critics Association Awards. Paul also sings and plays guitar in his band Mook. 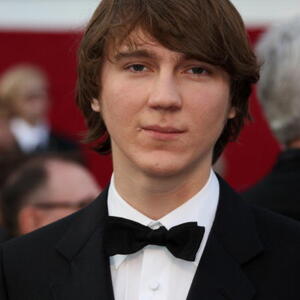