Paul Butcher net worth: Paul Butcher is an American actor and signer who has a net worth of $500 thousand. Paul Butcher was born in Los Angeles, California in February 1994. He is the son of former NFL linebacker Paul Butcher Sr. and his aunt Mary Lou Butcher was a news reporter for the Detroit press.

One of his best known roles came starring as Dustin Brooks on the television series Zoey 101 from 2005 to 2008. Paul Butcher starred as Jeff Pookie on the TV series MyMusic from 2013 to 2014. In 2016 he starred as Brian on the series Destiny 7. Butcher has also appeared in or provided voice work for films and episodes of TV series including My Neighbor: Tonto, Six Feet Under, The Parkers, That '70s Show, NYPD Blue, Medical Investigation, Bones, Avatar: The Last Airbender, King of the Hill, Over the Hedge, He's a Bully, Charlie Brown, The King of Queens, Meet the Robinsons, Without a Trace, American Dad!, Criminal Minds, and more. He has won Young Artist Awards for Zoey 101 and Meet the Robinsons. 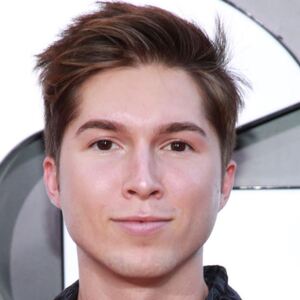