What is Paul Bettany's Net Worth and Salary?

Paul Bettany is a British actor who has a net worth of $50 million. That is a combined net worth with his wife, fellow actor Jennifer Connelly. Bettany is known for a wide range of high-profile roles, and he has appeared in some of the highest-grossing blockbusters in recent memory. For his contributions to the world of cinema, he has been nominated for a number of awards.

Paul Bettany was born on May 27th of 1971 in London, England. Both of his parents were intimately involved in acting, theater, and the performing arts. Raised as a Roman Catholic, Paul spent his youth living on campus at an all-girls boarding school where his father worked as a teacher. Although this might seem like a dream come true for most boys, Bettany admitted he didn't have much luck with any of the female students as a teen.

Tragedy struck when Paul's younger brother fell onto concrete after tumbling from a roof. The 8-year-old died from a cracked skull. The death had a profound effect on Paul as a 16-year-old, and he descended into drug use from that point onward. Not long after his brother's death, he left home and started busking on the streets of London for money. His parents eventually divorced. He found a job working in a home for the elderly, which enabled him to earn enough money to attend drama school.

Bettany began his career as a theater actor before making his television debut in "Sharpe" alongside Sean Bean. He then appeared in his first film, "Bent." After more stage work, Paul landed the lead role in the film "Gangster No. 1." His big break came in 2001 when he was cast as Geoffrey Chaucer in "A Knight's Tale." Widespread recognition followed, leading to his casting in "A Beautiful Mind."

In 2003, Bettany joined Russell Crowe in the historical film "Master and Commander: The Far Side of the World." That year, he appeared in "The Reckoning" before following up with a central role in the film "Dogville." In 2004, Bettany appeared in the romantic comedy "Wimbledon" alongside Kirsten Dunst. While on set, he met Jon Favreau, who would later cast him as the voice of J.A.R.V.I.S. in "Iron Man." Throughout the rest of the 2000s, Bettany appeared in films like "Firewall," "The Da Vinci Code," "Creation," "Inkheart," "The Tourist," "Priest," and "Margin Call."

Throughout the 2010s, Bettany continued to reprise his role as J.A.R.V.I.S. in "Iron Man" sequels, and he also played the role of Vision in "Avengers: Age of Ultron," "Captain America: Civil War," and "Avengers: Infinity War." In 2018, he booked a role in the ill-fated "Solo: A Star Wars Story." Later that year, it was announced that Bettany would be joining Elizabeth Olsen in the upcoming Disney+ series "WandaVision." In 2020, Paul joined the cast of the then-untitled film about the Cambridge Analytica Scandal. 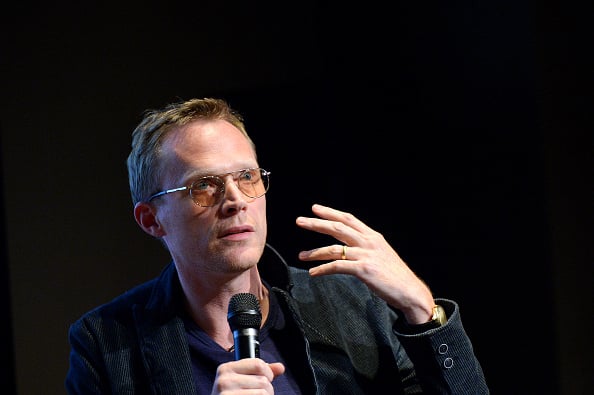 After meeting Jennifer Connelly on the set of "A Beautiful Mind," Bettany started a long relationship with her that eventually led to marriage in 2003. At the age of 15, Paul had developed a deep crush for Connelly after seeing her appear as a child actor in films like "Once Upon a Time in America" and "Labyrinth." Eventually, he would get his wish when he met his lifelong crush on a movie set.

Connelly's entrance into Bettany's life came at an important moment, as he was struggling with depression and drug addiction. However, they didn't date immediately after appearing together in "A Beautiful Mind." Although they had feelings for each other, they were both in relationships at the time. After the September 11th attacks, Bettany was overcome by an overwhelming urge to check on the well-being of Connelly, who he "barely knew." While on the phone with her, he proposed and she accepted.

He then moved to the United States to be with her. Over the next few years, they had two children together. Today, the long-lasting couple is considered one of the happiest in Hollywood. They have tried their best to keep their family life out of the limelight, however, and they make sure to protect their children from undue attention from reporters.

Paul Bettany's name came up during Johnny Depp's legal battle against his ex-wife Amber Heard. This new information arose as part of a libel case Depp was pursuing against UK media publications for publishing stories suggesting he was a "wife-beater." When Depp was cross-examined by prosecutors, it was revealed that he had been exchanging unsavory texts with Paul Bettany about Amber Heard.

Depp and Bettany are longtime friends, and their texts were of a highly personal, jovial nature. At first, their texts seemed mildly inappropriate, although they took a somewhat sexual tone regarding Amber Heard. However, the texts became steadily more shocking, with Bettany jokingly suggesting that Heard was a witch, recommending that Depp burn and drown her. Depp went one step further, suggesting that he would have sex with her burnt corpse – with Bettany agreeing this was an appropriate course of action.

In addition, Depp admitted that he was one of the people who supplied Paul Bettany with cocaine and other drugs while the British actor was grieving for his younger brother. He also admitted that they used drugs together frequently. On the basis of these revelations, some concluded that Depp was "enabling" Bettany's self-destructive behaviors during one of the darkest periods of his life.

In 2008, Paul Bettany and Jennifer Connelly purchased a penthouse in Manhattan for $6.92 million. Located in Tribeca, the property features over 4,000 square feet of living space, a sunroom, and almost 1,400 square feet of private outdoor roof space. The vintage building was originally constructed back in the 1890s with exposed brick walls and a wood-burning stove. In 2018, it was reported that Bettany and Connelly had sold this property for $9 million.

In the same year that they sold their old penthouse, the couple upgraded to a $15.5-million townhouse in Brooklyn Heights. Real estate agents allegedly commented that it was one of the most lucrative real estate deals ever made in the borough. The townhouse features over 8,000 square feet of living space and offers incredible views of the city skyline, including the Statue of Liberty. 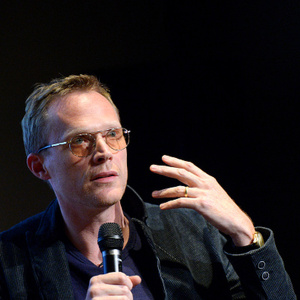