How much is Patty Duke Worth?

Patty Duke net worth: Patty Duke was an American actress of film, television and stage who had a net worth of $10 million. Patty Duke was born on December 14, 1946 in Elmhurst, Queens, NY. Patty and her two siblings experienced a difficult childhood with a clinically depressed mother and an alcoholic father. When Patty was 8 years old, her care was turned over from her parents to her talent managers. Patty began acting when she was very young, appearing in soap operas, print ads and TV commercials. When she was 12, she won $32,000 on the game show "The $64,000 Question". It was later revealed that the show as rigged and Patty was forced to testify in front of the US Senate. Despite this minor setback, Patty got her major break playing the role of Helen Keller in the Broadway play The Miracle Worker. She would appear in the play for the next two years. The play was then turned into a movie in 1962 and Patty won an Academy Ward for Best Supporting Actress for the part. She was 16 years old and the youngest person to win an Oscar at the time. She appeared in several more movies and then in 1963, Patty landed her own series, "The Patty Duke Show" which was a huge hit and went on to air 104 episodes across three seasons. Around this time, Patty began to show signs of bipolar disorder. She was not officially diagnosed with the disorder until 1982 and she eventually become a vocal advocate of mental health issues. She wrote two books about her life and mental health. She was married four times and was famous for having multiple affairs. One of these affairs resulted in her son Sean Astin who eventually became a famous actor on his own. Unfortunately, Patty died on March 29, 2016 at the age of 69. 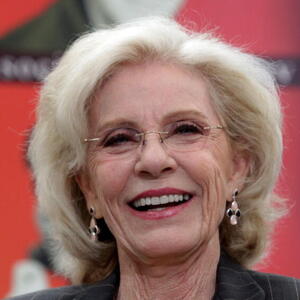