What is Patton Oswalt's Net Worth?

Patton Oswalt is an American stand-up comedian, voice-over artist, and actor who has a net worth of $10 million dollars. A highly respected artist in the field of stand-up comedy, Oswalt is probably best known to general audiences for his work voicing the lead role in the Pixar film "Ratatouille."

Patton Oswalt was born in 1969 in Portsmouth, Virginia where his career Marine father named him after General George Patton. Oswalt graduated from Ashburn, Virginia's Broad Run High School and the College of William and Mary where he majored in English and was a member of the Phi Kappa Tau fraternity.

Oswalt began doing standup comedy in the late 1980s and went on to write for "MADtv" and got his own HBO comedy special in 1996. After that, he began racking up appearances in a variety of high-profile television shows and films, including a very early appearance as a video store clerk on "Seinfeld." He first began to get the attention of mainstream audiences with a long-running role on "The King of Queens" as the eccentric Spence Olchin. Then, in 2007, his first starring film role came in the form of the Pixar film "Ratatouille" as the voice of Remy. Brad Bird, the director of the film, professed to having decided to cast Oswalt after hearing his voice in one of his Comedy Central stand-up specials.

Oswalt is also known for his appreciation for the comedians that came before him. He's been especially enthusiastic in citing the influence of performers like Jonathan Winters, Richard Pryor, Bill Hicks, Sam Kinison, Steve Martin, and others on his own work.

While regularly releasing stand-up specials and albums (as well as touring), Oswalt has also successfully branched out into a number of different other fields in entertainment. In 2009, he starred in the rare dramatic role of deranged sports fanatic Paul Aufiero in the film "Big Fan," which was followed by roles in dramatic series like "The United States of Tara" and "Justified."

A lifelong comic book fan, Oswalt has parlayed this interest into a number of professional gigs. In 2003 he wrote "JLA: Welcome to the Working Week," a backup story that appeared in an issue of the "Batman" comic book, and he joined the Marvel Cinematic Universe on the series "Agents of S.H.I.E.L.D.," playing in various episodes four identical Koenig brothers: Eric, Billy, Sam, and Thurston. His relationship with Marvel is set to continue in an even bigger way with the announcement that he will voice the title role of the series "M.O.D.O.K." Oswalt's interest in "nerd" culture has also placed him on various internet podcasts and interview shows in that vein, as well as a spot on Netflix's revival of Mystery Science Theater 3000, on which he portrayed the character of Max, purportedly the son of the original show's "TV's Frank." 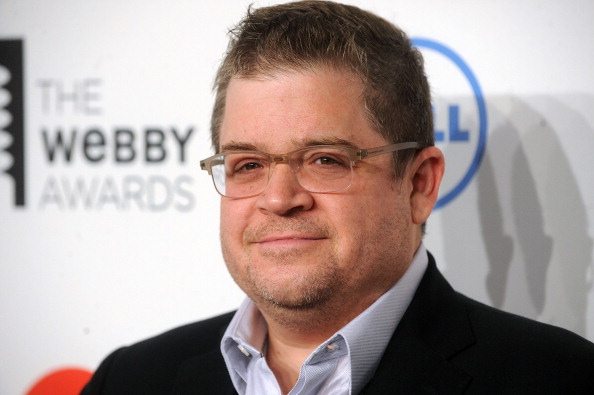 Oswalt has several other comic book writing credits to his name in addition to the "Batman" story mentioned above, including comics based on the TV shows "The Simpsons" and "Firefly" as well as originals. He's also written several books, like the memoirs "Zombie Spaceship Wasteland" and "Silver Screen Fiend: Learning About Life from an Addiction to Film," plus "The Overrated Book" and "The Rock Bible: Unholy Scripture for Fans & Bands" with co-authors.

Thanks in part to his success with "Ratatouille," Oswalt has been a prolific voice actor in everything from "Teen Titans Go! To the Movies" and "The Secret Life of Pets 2" to "We Bare Bears: The Movie," the animated series "The Batman," "Aqua Teen Hunger Force," "The Venture Bros.," and much, much more. His voice acting has also placed him in a plethora of video games, including multiple appearances in the "Grand Theft Auto" video game series, "Minecraft: Story Mode," the mobile game "Ghostbusters VR: Now Hiring," and, naturally, the video game based on "Ratatouille."

Oswalt's mix of respect in the comedy world and familiarity with general audiences has made him a go-to for music video cameos over the course of his career. His music video debut was way back in 2001 in an American Hi-Fi video but since then he's been seen in videos by artists like Weezer and "Weird Al" Yankovic. In 2013 he made an especially memorable performance as the sole star in The Coup's video for "Magic Clap."

Oswalt married writer Michelle Eileen McNamara in 2005. The couple has one daughter. Tragically Michelle died on April 21, 2016. After McNamara's untimely death, Oswalt committed to finishing her long-in-the-works true crime project "I'll Be Gone in the Dark," in which she resolved to solve the infamous Golden State Killer case. Her book eventually lead to an arrest in the case and was adapted into an HBO documentary.

In 2017 he became engaged to actress Merdith Salenger, who has worked prolifically in TV and films, including a voice performance in "Teen Titans Go! To the Movies" along with Patton. 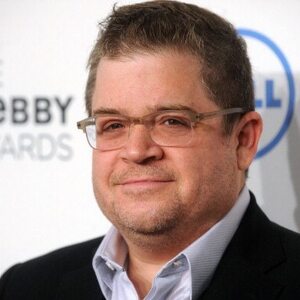