Patti LuPone net worth: Patti LuPone is an American actress and singer who has a net worth of $8 million dollars. Patti LuPone was born in Northport, New York, and went on to graduate from the Juilliard School. She was in the first class of Drama Division graduates to come out of the famed institution. Directly out of college, she began touring with John Houseman's celebrated, The Acting Company. She then made her Broadway debut in the 1973 production of "The Three Sisters". Two years later, she received her first Tony nomination for her performance in "The Robber Bridegroom". She won a Tony Award for her critically acclaimed performance in "Evita" in 1979. She has gone on to a widely celebrated career in the theater, and has received numerous nominations and awards in addition to her Tony, including another Tony, two Olivier Awards, and two Grammy Awards. She has appeared in multiple film and television projects, as well. She is most widely recognized for her co-starring role on "Life Goes On", and for her recurring roles on such shows as "Oz", "30 Rock", and "American Horror Story: Coven". 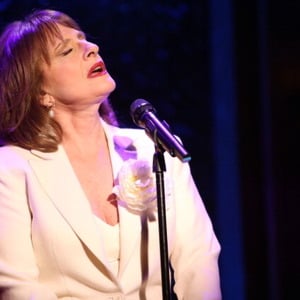