Patsy Kensit Net Worth: Patsy Kensit is an English actress, singer, and model who has a net worth of $10 million. Patsy Kensit was born in Hounslow, London, England in March 1968. She appeared in advertisements for Birds Eye frozen peas at four years old. Kensit studied at the Italia Conti Academy stage school.

Her debut film role was uncredited in the 1972 movie For the Love of Ada. In 1978 Kensit starred as Tessa in the television series Armchair Thriller. From 1977 to 1978 she starred as Emma Price in the TV series The Foundation. She starred as Sadie in the TV series Emmerdale from 2004 to 2006. From 2007 to 2010 Kensit starred as Faye in the series Holby City. She has had recurring roles in the TV series Hannah, Great Expectations, Luna, Diana, A Bear's Tail, A Bucket o' French & Saunders, and Lemon La Vida Loca. Patsy has starred in the films The Great Gatsby, Alfie Darling, Hanover Street, Lethal Weapon 2, Twenty-One, Things Behind the Sun, and Who's Your Daddy?. Kensit has been nominated for two British Soap Awards, an Independent Spirit Award, a National Television Award, and a Young Artist Award. Patsy has been married four times including rock stars Liam Gallagher and Jim Kerr. She has also fronted the band Eight Wonder. 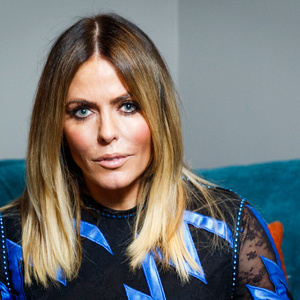