What Is Patrick Wilson's Net Worth?

Patrick Wilson is an American actor, director, producer, and singer who has a net worth of $7 million. Wilson first gained national notice singing "On the Street Where You Live" at the Kennedy Center Honors for Julie Andrews in 2001. Patrick has starred as demonologist Ed Warren in "The Conjuring" franchise (2013–present) and Josh Lambert in the "Insidious" film franchise (2010–present), and he played Joe Pitt in the miniseries "Angels in America" (2003), Dr. Michael Holt on the CBS medical drama "A Gifted Man" (2011–2012), and Lou Solverson on FX's "Fargo" (2015).

Patrick Wilson was born Patrick Joseph Wilson on July 3, 1973, in Norfolk, Virginia. His mother, Mary Kay, was a professional singer and voice teacher, and his father, John, was a news anchor for Tampa's WTVT. Patrick and his two older brothers, Mark and Paul, grew up in St. Petersburg, Florida, and after graduating from Shorecrest Preparatory School, he earned a B.F.A. in Drama from Pittsburgh's Carnegie Mellon University in 1995.

After graduating from Carnegie Mellon, Wilson was an understudy in a 1995 touring production of "Miss Saigon, then he played Billy Bigelow in a national tour of "Carousel" in 1996. He earned a Drama Desk Award nomination for Outstanding Actor in a Musical for his performance in a 1999 off-Broadway production of "Bright Lights, Big City," and in 2000, he made his Broadway debut as Jerry Lukowski in "The Full Monty," receiving nominations from the Tonys, Drama Desk Awards, and Outer Critics Circle. Patrick filmed his first movie, "My Sister's Wedding," in 2000, but it was never released. In 2002, he returned to Broadway as Curly McLain in "Oklahoma!," which earned him a Tony nomination and a Drama Desk Award nomination. Wilson received nominations from the Primetime Emmys and Golden Globes for the 2003 HBO miniseries "Angels in America," which was based on the 1991 Tony Kushner play of the same name. In 2004, he portrayed William B. Travis in the Western "The Alamo" and Viscount Raoul de Chagny in the Joel Schumacher-directed film adaptation of "The Phantom of the Opera." Patrick co-starred with Elliot Page in the 2005 psychological thriller "Hard Candy," and he earned critical acclaim and a Young Hollywood Award for playing Brad Adamson in 2006's "Little Children." That year he also appeared in the film "Running with Scissors," narrated the documentary "Tampa Bay: Living Legacy," and appeared on Broadway in "Barefoot in the Park." 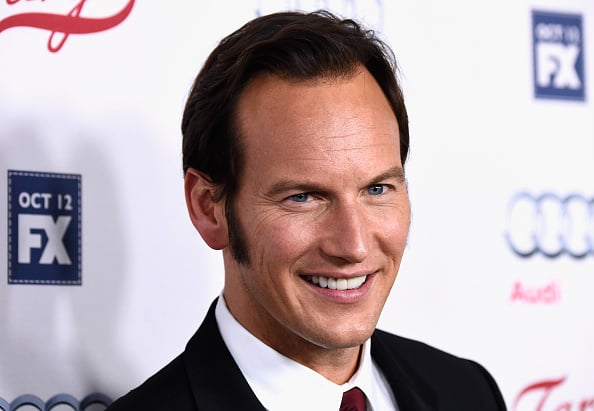 In 2015, Wilson played Lou Solverson in season two of "Fargo," a performance that earned him several award nominations, and appeared in the films "Zipper," "Home Sweet Hell," and "Bone Tomahawk." In 2016, he had a voice cameo as the President of the United States in "Batman v Superman: Dawn of Justice" and starred in the films "A Kind of Murder," "The Hollow Point," and "The Founder." Patrick played Orm Marius / Ocean Master in the 2018 blockbuster "Aquaman" ($1.148 billion), and in November 2019, he confirmed that he would be reprising the role in "Aquaman and the Lost Kingdom." Wilson had an uncredited cameo in the 2019 drama "The Assistant," and he appeared in the films "The Commuter" (2018), "Nightmare Cinema" (2018), "In the Tall Grass" (2019), and "Midway" (2019). In 2019, he guest-starred as himself on the Lorne Michaels-produced series "The Other Two," which aired on Comedy Central before moving to HBO Max in 2021.

Patrick married actress Dagmara Domińczyk on June 18, 2005, and they have two sons, Kalin (born June 23, 2006) and Kassian (born August 9, 2009). Wilson is the brother-in-law of actress Marika Domińczyk, who is married to actor Scott Foley. Patrick received an honorary Doctor of Fine Arts from Connecticut's Trinity College, and he was the school's Commencement Speaker in May 2011. He also gave the keynote address at Carnegie Mellon University's commencement in 2012. Patrick is in a band called VanWilson with his brothers, and in 2012, they performed at a charity concert benefiting the Southeastern Guide Dogs "Paws For Patriots" program." The benefit raised $30,000, and the organization named puppies after the band members. 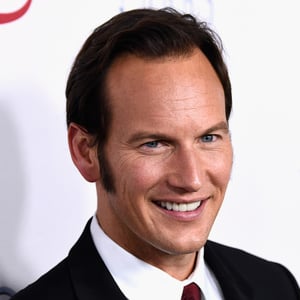