What is Patrick Stewart's Net Worth and Salary?

Patrick Stewart is an English film, television, and stage actor who has a net worth of $75 million. One of the most accomplished actors of the modern era, Stewart is a master of stage acting and performing in front of a camera. Over the years, he has established a close connection with the Royal Shakespeare Company.

He is perhaps most famous for his role as Captain Jean-Luc Picard of the Starship Enterprise. In addition, Stewart gained prominence for his role as Charles Xavier in the X-Men movies. In 2010, Stewart was knighted by Queen Elizabeth II for his services to the world of drama. In 1996, he was given a star on the Hollywood Walk of Fame.

Sir Patrick Stewart OBE was born on July 13th of 1940 in Yorkshire, England. He was raised alongside two brothers by a father who was a sergeant major, and a mother who was a textile worker. Patrick grew up in the town of Jarrow, and his father committed domestic violence against him as a child. Later, Stewart stated this was probably due to PTSD that his father had developed during World War II.

His first experience with acting was when his teacher encouraged him to perform Shakespeare. He studied drama throughout his school years until the age of 15, at which point he left school to pursue a full-time career as a theatre actor.

By 1966, Patrick Stewart had become a member of the Royal Shakespeare Company. Next year, he made his TV debut with "Coronation Street." He then became established with the Royal National Theatre before taking roles in a variety of British television shows throughout the 70s. In 1984, he landed the role of Gurney Halleck in the film "Dune," directed by David Lynch.

Patrick landed the role of Captain Jean-Luc Picard in "Star Trek: The Next Generation" in 1987. At the time he was an unknown British actor living out of a suitcase because he was extremely skeptical that the show would succeed. Actually, his entire plan was to gain a bit of exposure while banking a bunch of money before returning to England where he would get back to Shakespeare. He planned to be with Star Trek for no more than a year. That year turned into more than three decades.

Patrick would go on to appear in 178 episodes of The Next Generation between 1987 and 1994. He also starred in several feature films based on the franchise.

Although Stewart struggled with typecasting due to the success of "The Next Generation," he succeeded in booking the role of Professor Charles Xavier in the movie "X-Men." He reprised his role in many spin-offs and sequels before playing Xavier for the last time in 2017's "Logan."

Outside of his film and television roles, Stewart has remained an active theatre actor throughout the years. Although at times his busy schedule has made stage acting difficult, he continued to find ways to return to theatre. Stewart is also renowned for his voice acting abilities, and he frequently acts as a narrator for various documentaries, films, and television shows. In addition, Stewart lends his voice to various video games and animated series such as "American Dad!" and "Family Guy."

Stewart also made a killing for the Star Trek movies. He took home a salary of $5 million for the 1996 film "Star Trek: First Contact." He then followed up with a $9.5 million payday for "Star Trek: Insurrection."  In 2002, he earned $14 million for his role in "Star Trek: Nemesis," which also included production credits. 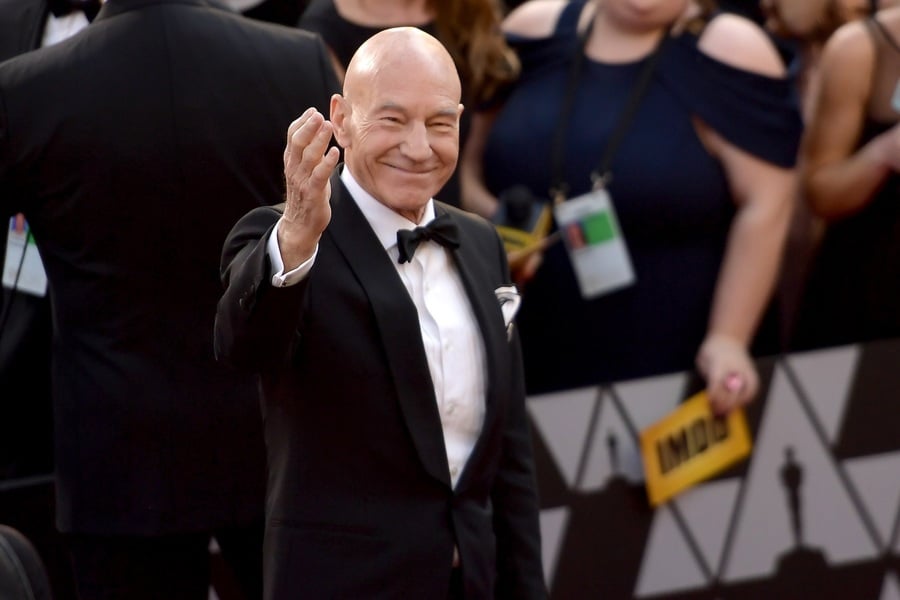 Patrick Stewart frequently works as a voice actor for commercials. He has lent his voice to commercials for Pontiac and Porsche cars, Mastercard, Goodyear, RCA televisions, Stella Artois beer, and many others.

Patrick Stewart's first wife was Sheila Falconer. They were together for 24 years before divorcing in 1990. During their time together, they had two children. In 1997, he became engaged to Wendy Neuss, and the pair were married in 2000. The marriage lasted for three years before ending in divorce. He then sparked a romance with Lisa Dillon for several years before dating Sunny Ozell in 2008. In 2012 the couple purchased a home together, and in 2013 they had reportedly become engaged.

Stewart's friend Ian McKellan then presided over their wedding later that year. Because Ian McKellen's credentials weren't valid in the state of Nevada, the marriage was never legally binding. Because of this, Stewart and Ozell married a second time (for real this time) in Los Angeles.

Patrick Stewart lived for many years in a Los Angeles home with his second wife. Patrick and his ex sold this expansive estate in 2004 for $6.5 million. In 2012, Stewart purchased a duplex in the Park Slope neighborhood of New York City. He paid $2.5 million for the property, which features a spacious, 1,200-square-foot rooftop terrace. The property also features an additional 200-square-foot balcony.

In 2016, Patrick sold a home in Yorkshire, England for around 535,000 pounds. He originally purchased the property because he wanted to maintain his British roots while pursuing a full-time acting career in Los Angeles. In 2019, Stewart purchased a property in the Hancock Park neighborhood of Los Angeles for $4.3 million. The home features 4,500 square feet of living space, a pool, and plenty of palm trees. 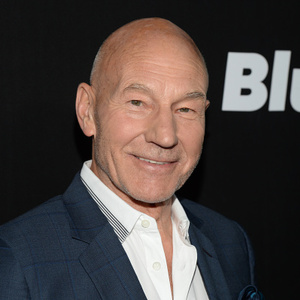