Patrick Muldoon Net Worth: Patrick Muldoon is an American actor and musician who has a net worth of $1.5 million. Born William Patrick Muldoon III on September 27, 1968, in San Pedro, California, he has been establishing himself both as a TV and film actor in a career that spans over two decades.

His handsome looks as a dark-haired heartthrob first were showcased in the world of fashion, and then he translated his success as a model on the small screen. Muldoon primarily could be seen in the hit teen TV series "Saved By the Bell" in 1991. The next year, he saw his big breakout as Austin Reed on the popular NBC series "Days of Our Lives", a role which he played from 1992 to 1995, and then again from September 2011 to July 2012. Most importantly, Muldoon was the first to portray the role that helped him get a great number of offers from producers in the years to come. However, his next major part was as heinous Richard Hart on the Fox's prime time soap opera "Melrose Place", throughout its first season from 1995 to 1996. Eventually, Muldoon segued to the feature world as one of "Starship Troopers" (1997), even though he remained active on TV as well, starring in the sequel "The Second Arrival" (HBO, 1998). In addition to his acting career, he is also an active musician, i.e., the lead singer and the guitarist for the rock band named The Sleeping Masses. 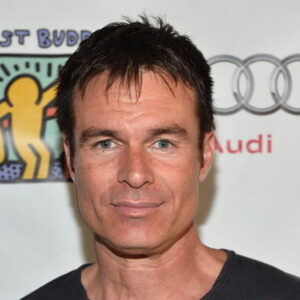