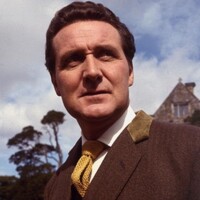 Patrick Macnee Net Worth: Patrick Macnee is an English actor who has a net worth of $3 million. Patrick Macnee was born in Paddington, London, England in February 1922. He is best known for playing the role of John Steed in the TV series The Avengers. Patrick enlisted in the Royal Navy as an Ordinary Seaman. He became a Sub-Lieutenant. Macnee has over 160 acting credits to his name. His first role came as an uncredited extra in the 1938 film Pygmalion. Macnee starred as Roger Sudden in the TV series Tales of Adventure from 1952 to 1953. His best known role came starring as John Steed on the television series The Avengers from 1961 to 1969. He reprised the role for The New Avengers series from 1976 to 1977. From 1990 to 1992 Macnee starred as E.B. Hungerford in the TV series Super Force. He has also had recurring roles in the TV series Matinee Theatre, Kraft Theatre, Walt Disney's Wonderful World of Color, Encounter, Battlestar Galactica, Gavilan, Empire, Lime Street, Around the World in 80 Days, P.S.I. Luv U, Kung Fu: The Legend Continues, Thunder in Paradise, and NightMan. His last acting role came in the 2003 movie The Low Budget Time Machine. In 1983 he was awarded the Honorary Camera 30 Years of TV Award.