What is Patrick J. Adams' Net Worth?

Patrick J. Adams is a Canadian actor who has a net worth of $10 million. He is best known for playing the role of Mike Ross on the TV series "Suits".

He has starred in the movies Façade, Weather Girl, Rage, The Waterhole, 2:13, and 6 Month Rule. Adams has also made appearances in the shows Numb3rs, Commander in Chief, Friday Night Lights, Without a Trace, Lost, Heartland, Ghost Whisperer, FlashForward, Pretty Little Liars, Luck, and Orphan Black. He was nominated for a Screen Actors Guild Award in 2012.

Patrick J. Adams was born in Toronto, Ontario, Canada on August 27, 1981 to Rowan Marsh and Claud Adams. When his parents divorced he moved to Los Angeles, California and graduated from the University of Southern California with a degree in theatre. He won the prestigious Jack Nicholson Award in 2004, which gives scholarships to outstanding performers at the school. After he earned his BFA, Adams began working on a production of "The Goat, or Who is Sylvia?" at the Mark Taper Forum.

Adams first appeared in the video short For the Record in 2001. He went on to guest star and make appearances in episodes of "Pretty Little Liars," "Friday Night Lights," "Cold Case," "Heartland," "Ghost Whisperer," "Lie to Me," "Legends of Tomorrow," "Raising the Bar," and other television shows. In 2003 he starred in the movie Old School as Patch. In 2004 he appeared in the TV series Jack & Bobby, Cold Case, and Strong Medicine. In 2008, he starred as twin brothers in the ABC pilot "Good Behavior." In 2007, he appeared in high-profile shows like "Lost" and "Numb3rs." Adams was also active in the LA theater scene around this time, appearing in award-winning productions such as "Marat / Sade," which he also produced and directed. 2009 saw him starring in the one-hour drama "The Dealership" alongside William Devane. 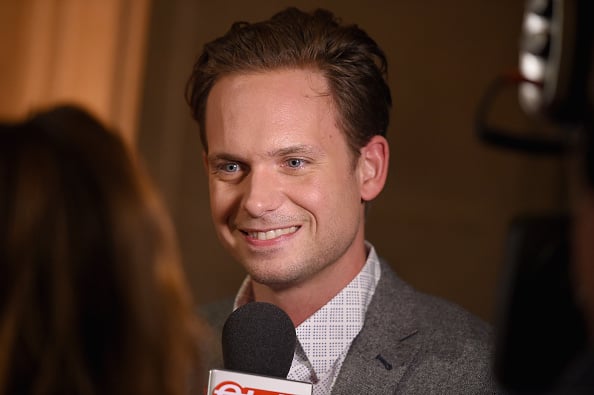 Adams's best known role started in 2011 as Mike Ross on the USA Network series Suits. He had recently been fired from the pilot of NBC's "Friends With Benefits." For his role on "Suits," he was critically acclaimed. He appeared on the show all the way through the seventh season in 2018. Adams was listed as a co-producer of the show beginning in season 3. He announced he'd be leaving the show on January 30, 2018.

As far as other roles, Adams played Hourman in 2016 in the TV series "Legends of Tomorrow." Adams released his own short film "We Are Here" in 2018. He appeared in the season one finale before his character was killed off in the season two premiere. In 2020, Adams was cast as astronaut John Glenn for the Disney Plus miniseries "The Right Stuff." It was announced in 2021 that Adams would star as Charlie in the upcoming television adaptation of "A League of Their Own," produced by Abbi Jacobson and Will Graham.

Patrick became engaged to "Pretty Little Liars" actress Troian Bellisario in 2014. They married in 2016 in Santa Barbara and welcomed their first daughter in 2018. They had another daughter in May 2021. They revealed on an episode of the podcast "Katie's Crib" that their second child was born in the front seat of their car in the hospital parking lot as a result of a quicker labor than they expected.

Adams and Bellisario met when they worked together on the play "Equivocation." Before Adams appeared on "Pretty Little Liars," the two broke up but reconciled after his guest spot in 2010. Troian's father Donald Bellisario is one of the most successful television producers of all time, having created shows such as ""NCIS", "JAG", "Airwolf", "Magnum PI" and "Quantum Leap".

In May 2018, Adams was one of the guests in attendance at the star-studded Windsor Castle wedding of his Suits co-star Meghan Markle to Prince Harry.

As for hobbies, in his free time Adams enjoys photography and playing guitar.

In May 2017, Troian and Patrick paid $3.875 million for a home in LA's Los Feliz neighborhood. The home was designed by legendary architect Wallace Neff who is largely credited with inventing the "California" design style. 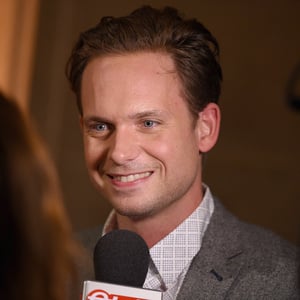