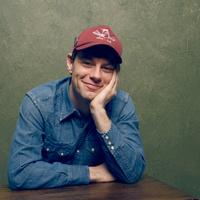 Patrick Fugit net worth: Patrick Fugit is an American actor who has a net worth of $500 thousand dollars. Patrick Fugit was born in Salt Lake City, Utah, and began acting while he was in middle school, appearing in school plays. He subsequently decided to pursue a professional performance career and made his on-camera debut on the television show, "Touched by an Angel", while he was in high school. From there, he went on to appear in such television movies as "Legion of Fire: Killer Ants!" and "Stray Dog". In 2000, he was cast in the role that would make him a household name, as William Miller in "Almost Famous". Since then, he has gone on to appear in such films as "Spun", "White Oleander", "Saved!", "Wristcutters: A Love Story", "We Bought A Zoo", and "Thanks for Sharing". He has also guest-starred on such television shows as "ER" and "House, M.D.". He also performs in the band, Mushman.