What is Patrick Duffy's Net Worth and Salary?

Patrick Duffy is an American actor who has a net worth of $30 million. He is probably best known for his role as Bobby Ewing in the original, long-running CBS primetime soap opera "Dallas" which debuted in the late '70s (and again in the new version of the show on TNT in 2012). In the 1990s he also starred in the series "Step By Step."

Patrick Duffy was born May 17, 1949 in Townsend, Montana, the son of tavern owners Terence and Marie "Babe" Duffy. The family moved to Everett, Washington where Duffy attended Cascade High School. During his teenage years, Duffy participated in the Drama and Pep Clubs. He graduated from the University of Washington in 1971 with a degree in drama and credits in theater arts that allowed him to teach. During his senior year of college, Duffy ruptured his vocal cords and worked as an interpreter for ballet, opera, and orchestra companies around Washington, and he also taught mime and movement classes.

Duffy moved to Los Angeles, California in the early '70s where he spent several years trying to make it as an actor. After appearing in minor roles in a few TV movies and in an episode of "Switch" in 1976, his big break came in 1976 when he landed the lead part on the science-fiction series "Man From Atlantis." On the show, Duffy played Mark Harris, a being from the lost continent of Atlantis who was discovered unconscious on a beach by a research scientist. While he looked human, Harris had webbed hands and feet and could only spend a certain amount of time out of the water. The show only lasted a season, airing from the fall of 1977 to the following spring.

His next role would turn out to define his career, though "Dallas" was not an immediate hit. Despite the show's eventual, almost-cult success, Duffy grew tired of playing the nice guy and left the series in 1985 in search of more adventurous roles. He was 'killed off' in the show. After Duffy's departure, "Dallas" took a dive in ratings and in 1986 Duffy was convinced to return to the show and to his character as nice guy Bobby Ewing. The show's writers explained Ewing's disappearance with a now-famous shower scene where he reappeared, revealing that his demise had been 'only a dream'. While this tactic was not popular with everyone, it has become a noted part of TV history (just as the cliffhanger 'Who Shot J.R.?' will forever live on in the legacy that is Dallas).

Not long after returning to "Dallas," Duffy suffered a huge personal tragedy when his parents, Terence and Babe, were killed during a robbery attempt at their tavern in Boulder, Montana. Out of respect for Duffy and his immense loss, the series' production was briefly paused.

Also in the '90s, Duffy appeared in two Dallas reunion movies: "J.R. Returns' in 1996 and 1998's "War of Wings." He also co-produced both movies. In 2004, the "Dallas" cast reunited for the non-fiction TV special "Dallas Reunion: Return to Southfork."

In 2012, Duffy, along with fellow original cast members of Dallas Linda Gray and Larry Hagman, joined the reboot of the series. Sadly, in November of 2012, Larry Hagman died from complications of cancer. In 2016, Duffy participated in the experimental documentary "Hotel Dallas" by artist duo Ungur & Huang. He played a surreal double of Bobby Ewing in the film, which premiered at the 2016 Berlin International Film Festival. 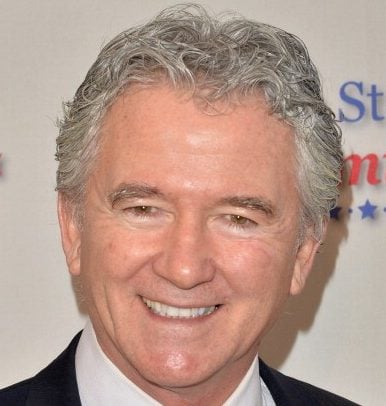 Meanwhile, Duffy was also trying his hand at a singing career and had a hit in Europe in 1983 with "Together We're Strong", a duet with French singer Mireille Mathieu. Their song reached No. 5 in the Netherlands in April 1983.

From 1991 to 1998, Patrick starred as Frank Lambert on the family sitcom Step By Step alongside Suzanne Somers. The show aired 160 episodes over 7 seasons on ABC as part of its Friday night TGIF lineup and eventually has become a staple of syndicated television. Patrick directed 49 of the show's episodes.

Duffy continued to act in the occasional guest starring spot or voice acting appearance, including for the series "Family Guy," "Justice League," and "Touched by an Angel." He also starred in many TV movies including "Falling in Love with the Girl Next Door" and "Desolation Canyon." Duffy began appearing in the recurring role of Stephen Logan on the soap opera "The Bold and the Beautiful" in 2006. In the spring of 2008, Duffy hosted the interactive game show "Bingo America" on GSN.

Duffy married professional ballerina Carlyn Rosser in February 1974. They lived in Eagle Point, Oregon with their sons Padraic Terence Duffy (b. 1974) and Conor Frederick Duffy (b. 1979.) They remained married until Carlyn's death in January 2017. In an April 2020 interview, he disclosed that he still feels very much "married" to his late wife. She had encouraged and helped him convert to Buddhism after his parents' painful deaths in 1986.

The two teenagers, Kenneth Miller and Sean Wentz, who killed Duffy's parents during an armed robbery, were convicted of murder and sentenced to 75 years in prison. Miller was released on parole in December 2007 and Sean Wentz was granted parole in 2015.

For over two decades Patrick and Carlyn owned a home in Tarzana, California. They placed the 1.5-acre property on the market in 1999 for $2 million. They sold the home in 2000 for $1.5 million to Jonathan Davis, the lead singer of the rock band Korn. Davis sold the home in 2004 for a little under $2.1 million.

After selling their Tarzana property, the Duffys bought a townhouse in LA's Pacific Palisades neighborhood to have a SoCal foothold.

Outside of California, Patrick spends most of the year on his 600-acre farm/ranch near Medford, Oregon. He bought the property in 1989 soon after accompanying his Dallas co-star Larry Hagman on a fishing trip in the area.

One of the primary reasons Patrick and Carlyn moved to the Oregon property was to have more space for their impressive collection of art. Their collection grew to include pieces by John Singer Sargent, Charles Burchfield, Milton Avery, Andrew Wyeth and more. Several of the pieces were worth millions of dollars on their own. He auctioned several of the pieces in May 2018. At that auction, Patrick sold a Milton Avery piece titled "The Seamstress" for $2.75 million. 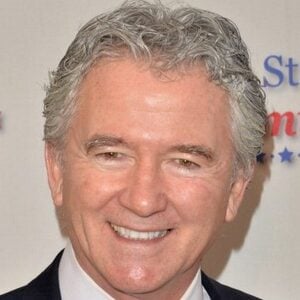