Patricia Wettig Net Worth and Salary: Patricia Wettig is an American actress and playwright who has a net worth of $25 million. That is a combined net worth with her husband since 1982, television producer and actor Ken Olin.

Patricia Wettig was born in Cincinnati, Ohio in December 1951. She graduated from Temple University and later received a Master of Fine Arts in playwriting from Smith College.

Wettig has starred in the movies Guilty by Suspicion, City Slickers, Me and Veronica, City Slickers: The Legend of Curly's Gold, Bongwater, and Nightmare in Big Sky Country. Patricia won a Golden Globe in 1991 as well as three Primetime Emmy Awards for thirtysomething.

Patricia her husband Ken Olin have two children including Roxy who was part of the MTV series The City and was also on Brothers & Sisters. Ken starred with her on thirtysomething and then transitioned into a producer/director role. He produced and directed episodes of Alias. He has directed episodes of The West Wing, Felicity and more. He is an executive producer on the smash hit NBC show This is Us.

Real Estate: The Olin/Wettigs are quietly very successful real estate entrepreneurs. In 2013 they sold a home in Santa Monica for just under $7 million. In 2017 they sold NYC co-op for $2.6 million. In 2019 they bought a home in Venice California for $4.5 million. They also currently own a property in the Hamptons. 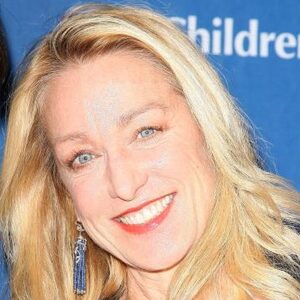