Patricia Routledge Net Worth: Patricia Routledge is an English character comedy actress and singer who has a net worth of $2.5 million. Born Katherine Patricia Routledge on February 17, 1929, in Tranmere, Birkenhead, Merseyside, England, she is most widely known for her parts as Hyacinth Bucket and as Hetty Wainthropp in the British TV series Keeping Up Appearances and Hetty Wainthropp Investigates, respectfully. Young Birkenhead first showed her talent at Birkenhead High School, where she sang in the choir and ran the Sunday School. She went on to study English at Liverpool University and after graduation worked pro bono at the Liverpool Playhouse. Eventually, she joined the company and later continued her studies at Old Vic Theatre School in Bristol. Next, she moved to London where she built an impressive stage career that earned her appearances on Broadway from 1966 to 1968. Patricia started working in TV in the early 1950s, but she also recorded an album, Presenting Patricia Routledge, and worked in feature film productions and radio as well. To many's disappointment, she has never married nor had any children. But as a comforting fact comes her decision not to retire. Patricia Routledge spends her days in Kensington and Surrey when not working. 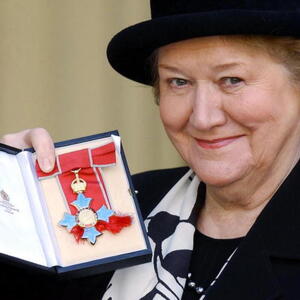