What is Patricia Richardson's Net Worth and Salary?

Patricia Richardson is an American television and film actress who has a net worth of $25 million. She is probably best known for playing the role of Jill Taylor on the popular television sitcom "Home Improvement," winning a number of awards and accolades in the process. However, Patricia has achieved other accomplishments in the entertainment world, and she was nominated for an Independent Spirit Award for her role in the 1997 film "Ulee's Gold."

Patricia Castle Richardson was born on February 23rd of 1951 in Bethesda, Maryland. During her youth, Patricia attended multiple high schools before attending Southern Methodist University, graduating in 1972. During her college years, she brushed shoulders with actors such as Beth Henley and Stephen Tobolowsky. Tobolowsky was initially considered for a role in "Home Improvement" but turned it down due to scheduling conflicts. He then suggested Patricia to the producers, and she was able to audition for the role of Jill after Frances Fisher was passed over. Patricia remains a Methodist to this day, and she is also a registered Democrat.

"Home Improvement" effectively launched Richardson's mainstream career, but she had been involved in theatrical productions from an earlier age. Her first major achievement was becoming an understudy for a Broadway production of "Gypsy: A Musical Fable." She spent the next ten years working heavily on the stage, appearing in a range of both Broadway and off-Broadway productions.

During this early period, she also began her television career with roles in shows like "The Equalizer," "Spencer For Hire," and "Kate & Allie." Another notable role came with "The Cosby Show," in which she played a pregnant woman giving birth to her ninth child. During the 80s, she also appeared in films such as "Christmas Evil" and "C.H.U.D." By the late 80s, she was appearing in shows like "Quantum Leap."

Although she had the opportunity to work on a sitcom in L.A. during the 80s, Patricia chose to stay in New York and focus on Broadway productions such as "The Miss Firecracker Contest." That said, she appeared in a few seasons of sitcoms like "Double Trouble," "Eisenhower and Lutz," and "FM" during the 80s. In 1989, Richardson appeared in three movies: "Parent Trap III," "Lost Angels," and "In Country."

By 1991, Patricia had just given birth to twins when she was given the chance to audition for the role of Jill Taylor in the new sitcom "Home Improvement." She booked the role, and it became one of the most defining moments in her career. Over the course of the series, she was nominated for four Emmys and two Golden Globes. This increase in notoriety also resulted in her hosting the Emmys and booking a number of additional roles in other projects, such as 1997's "Ulee's Gold." The film earned her a nomination for an Independent Spirit Award.

"Home Improvement" continued onward for eight seasons, eventually coming to a close in 1999.

ABC executives were so eager that they reportedly offered Tim Allen $50 million to do a ninth season. Patricia Richardson was offered $30 million. Both actors turned down these offers, and the series ended.

Patricia would later explain her decision by pointing out that she was recently divorced and raising kids as a single mother at this point. She also had an ailing parent she wanted to care for. In total she appeared in 202 episodes of the series. 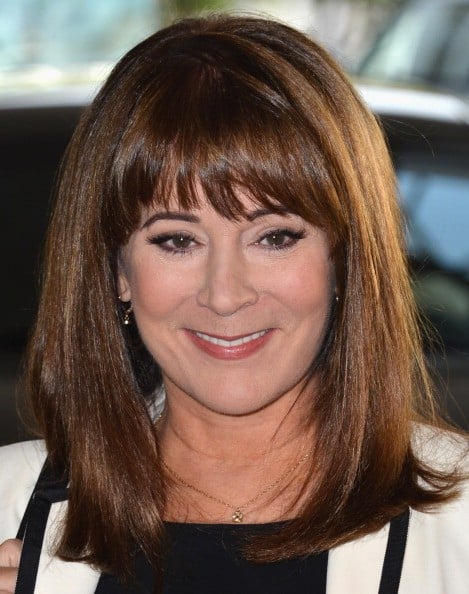 Over the next few years, Patricia continued to book roles in a variety of productions. In 2002, she joined the cast of "Strong Medicine," replacing Janine Turner. She spent three seasons on this show before booking a recurring role as a campaign manager in the final two seasons of "The West Wing." Richardson then followed up with an appearance in the first season of "Law & Order: Special Victims Unit" before executive producing a documentary called "Long Story Short" in 2008.

During the 2010s, Richardson appeared in a number of made-for-TV films, such as "The Jensen Project," "Smart Cookies," and "Bringing Ashley Home." She also booked a role in the 2012 film "Beautiful Wave" during this period. Tim Allen and Patricia eventually reunited for an episode of "Last Man Standing," appearing together in the 12th episode of the fourth season. Richardson then made another appearance in the 5th season of "Last Man Standing." By 2015, Patricia attempted to gain the presidency of the SAG-AFTRA union, which is one of the biggest acting unions in the world. However, she lost narrowly to Ken Howard. Richardson remains on the board nonetheless.

Towards the end of the 2020s, Patricia turned her attention towards stage work once again. In 2016, she appeared in a production of "Steel Magnolias" alongside actors such as Elaine Hendrix, Lucy DeVito, Jessica Walter, and Susan Sullivan. The play was also directed by four-time Oscar nominee Marsha Mason. This play continued for the next three years and eventually became the highest-grossing show in the history of the Bucks County Playhouse.

Patricia is closely involved with an organization called Cure PSP, having served on the organization's Board of Directors for many years. This research organization is dedicated to illnesses such as progressive supranuclear palsy, corticobasal degeneration, and multiple system atrophy. Richardson is passionate about this topic, as her father passed away from PSP in 2005.

In 1982, Patricia Richardson married Ray Baker, a fellow actor. They welcomed their first child into the world in 1985 before having twins in 1991. Four years after the twins were born, Richardson and Baker finalized their divorce. Richardson then pursued a relationship with a retired psychologist named Mark Cline, whom she met while attending Southern Methodist University. 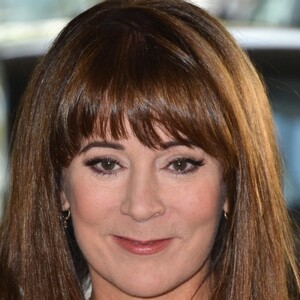