Patricia McBride net worth: Patricia McBride is an American ballerina who has a net worth of $2 million. Patricia McBride was born in Teaneck, New Jersey in August 1942. McBride danced with the New York City Ballet for nearly 30 years starting in 1959. In 1961 she became the company's youngest principal. McBride had many roles created for her by George Balanchine including Hermia in A Midsummer Night's Dream, Divertimento from Le Baiser de la Fee, Pavane in The Steadfast Tin Soldier, Swanilda in Coppelia, and the Pearly Queen in Union Jack.

She also had roles created by Jerome Robbins for Dances at a Gathering, The Goldberg Variations, In the Night, The Four Seasons, and Opus 19/The Dreamer. She was featured in the documentary A Portrait of Giselle in 1982. McBride retired in June 1989 and was honored with a special performance of the City Ballet. She serves as the Associate Artistic Director and Master Teacher of Charlotte Ballet. In December 2014 McBride was a Kennedy Center Honors recipient. 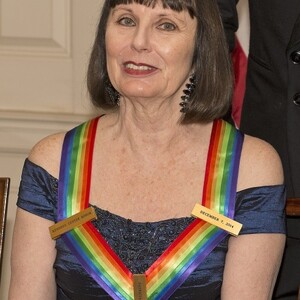