What is Patricia Heaton's Net Worth and Salary?

Patricia Heaton is an American actress and producer who has a net worth of $40 million. Heaton is probably best known for playing the role of Debra Barone on the monumentally successful sitcom "Everybody Loves Raymond." After the series ended in 2005, Patricia went on to star in a number of other projects. Over the course of her career, she has won three Emmy Awards. She has been called one of the funniest women on television. In 2012, Heaton received a star on the Hollywood Walk of Fame.

Patricia Helen Heaton was born on March 4th of 1958 in Bay Village, Ohio. Her father was Chuck Heaton, a well-known sportswriter. Raised in a Catholic household alongside four siblings, Patricia watched her mother pass away from an aneurysm at the age of 12.

Studying under Bill Esper allowed Heaton to transition easily into theatre work, starting with a Broadway appearance in "Don't Get God Started" in 1987. Heaton was 29 at the time. She later relocated to Los Angeles, and it was here that she truly began to make a name for herself. A casting director saw Patricia's potential and cast her in the ABC drama "Thirtysomething." She appeared in the show a total of six times from 1989 to 1991.

In 1992, Patricia followed up with a number of film roles. This started with "Memoirs of an Invisible Man" in 1992, and during that year she also appeared in "Beethoven." In 1994, she took a role in the film "The New Age" before appearing in "Space Jam." During this period, she also made guest appearances in TV shows like "Alien Nation," "Matlock," "Party of Five," "The King of Queens," and "Danny Phantom."

Heaton's career continued to progress with TV sitcoms. Although she first gained recognition with short-lived series such as "Room for Two," "Someone Like Me," and "Women of the House," her real breakthrough came in 1996 with "Everybody Loves Raymond." Her performances in the series were well-received by critics, and she was nominated for the Emmy Award for Outstanding Lead Actress in a Comedy Series for each of the last seven seasons. She succeeded in winning the Emmy Award twice, along with a number of other awards. 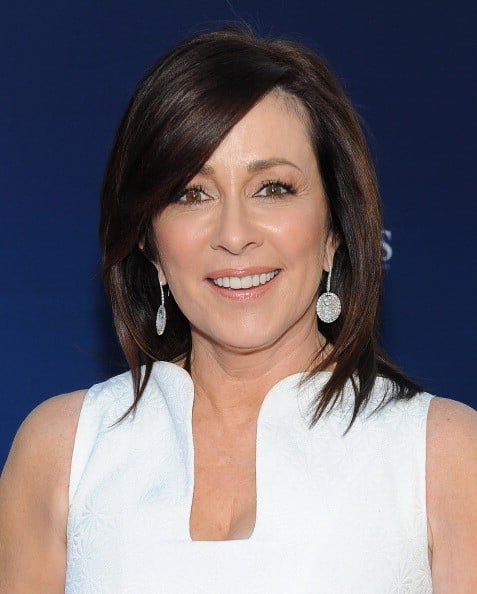 After the end of "Everybody Loves Raymond," Patricia Heaton followed up with a role in the sitcom "Back to You," although it was canceled after one year. In 2007, she returned to stage work with an award-winning performance in an off-Broadway play called "The Scene." From 2009 to 2018, she played the role of Frankie Heck in the ABC comedy series "The Middle."

In 2015, Heaton wowed audiences once again after she began hosting "Patricia Heaton Parties." This new cooking show featured Patricia showing off various new recipes and home entertaining tips with a focus on hosting parties. Thanks to her involvement with the show, Heaton won a third Emmy Award in 2016 – this time in the category of Outstanding Culinary Program.

Outside of these projects, Heaton has appeared in a range of television films. These include "Shattered Dreams," "Miracle in the Woods," "A Town Without Christmas," "The Goodbye Girl," and "The Engagement Ring." In 2006, she played US Ambassador Barbara Bodine in the docudrama "The Path to 9/11." She is also known for playing the real-life figure of Ellen Cohen in the Hallmark film "Front of the Class." Cohen raised a son with Tourette syndrome.

Outside of acting, Patricia Heaton produced the 2005 documentary "The Bituminous Coal Queens of Pennsylvania." The next year, she co-produced the film "Amazing Grace."

Patricia Heaton enjoyed quite a lucrative salary as a cast member of "Everybody Loves Raymond," although her earnings fluctuated as the series progressed. During the first few seasons, Patricia earned $100,000 per episode – which equated to roughly $2.2 million per season. During the middle seasons of "Everybody Loves Raymond," her salary more than doubled to approximately $250,000 per episode. This equates to $5.5-$6 million per season.

By the time the show entered its final two seasons, Patricia was earning $450,000 per episode. This left her with a hefty sum of $9 million at the end of each of these two seasons. In contrast, Ray Romano was earning $1.8 million per episode by the end of the series, which is one of the highest per-episode salaries ever earned by an actor.

Patricia has been married to English actor/director/producer David Hunt since 1990. David made periodic guest-appearances on "Everybody Loves Raymond" as Ray's nemesis neighbor. Patricia and David have four sons together.

In 2001 Patricia Heaton and her husband David Hunt paid $4.85 million for a mansion in the affluent LA neighborhood of Hancock Park. The residence features 8,400 square feet of living space and Italian-influenced architecture. They sold this property in 2013 for $8 million – although they had allegedly listed it years prior with an off-market price tag of $12 million. Today, this home is owned by television powerhouse television powerhouse Shonda Rhimes. Shonda performed a major renovation on this home and in 2021 listed it for $25 million.

In 2013, Patricia and Hunt paid $5.4 million for a 7,600-square-foot mansion in the LA suburb neighborhood of Toluca Lake. Built in the 1990s from mostly stone materials, the residence features a detached guesthouse, marble floors, and a state-of-the-art security system. There is also a pool. In September 2020 the couple sold their longtime home for $7.5 million.

In November 2021 Patrica paid a little under $5 million for a new home in Toluca Lake, California. 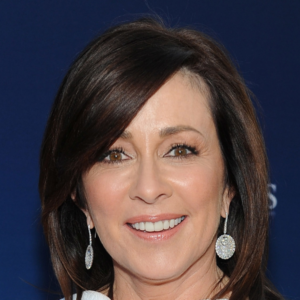