Patricia Clarkson Net Worth: Patricia Clarkson is an American actress who has a net worth of $3 million dollars. Born in New Orleans, Louisiana, in 1959, Patricia Clarkson graduated from Fordham University and later the Yale School of Drama with her Master's degree in Fine Arts. Clarkson made her on-screen debut with an appearance in the 1987 film "The Untouchables". Clarkson has worked steadily since then, both on screen and on stage. The Broadway actress scored a role in "Eastern Standard" and "The House of Blue Leaves". During the '80s, she appeared in "The Dead Pool", "Rocket Gibraltar", and "Everybody's All-American". Clarkson starred in "The Green Mile", "High Art", "Good Night, and Good Luck", "Easy A", and "The Station Agent". She earned her first Academy Award nod for Best Supporting Actress for her part in 2003's "Pieces of April". The two-time Emmy Award winner for Outstanding Guest Actress in a Drama Series played a recurring role as Sarah O'Connor in HBO's "Six Feet Under". Her other TV and film credits include "Frasier", "Saturday Night Live", "Friends with Benefits", "Parks and Recreation", "One Day", "Shutter Island", "Miracle", and "Jumanji". Clarkson is an environmental enthusiast who penned a column for "OnEarth" magazine about the Deepwater Horizon oil spill. 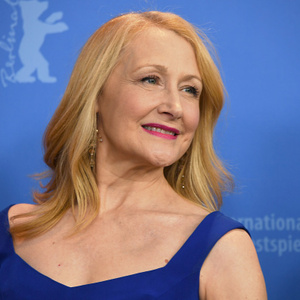